Shah Rukh Khan has finally begun shooting for the much awaited flick Pathan, directed by Siddharth Anand. The film’s shooting will be wrapped up by the middle of 2021 and the superstar is then expected to move on to Rajkumar Hirani’s next directorial. Even though its shoot is many months away and its release is expected only post mid-2022, its buzz is already quite high. After all, Rajkumar Hirani is a blockbuster director with all his five films being huge grossers. And that SRK is teaming up with such a filmmaker with a cent per cent record has already made it a hot film not just among the fans but also within the trade. 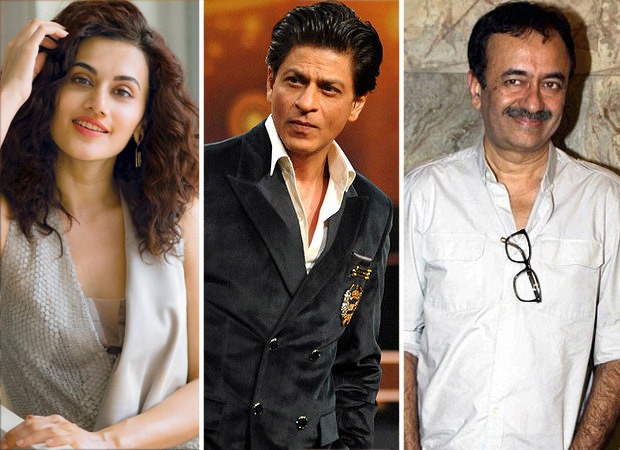 Last week, a news report speculated that the makers of this flick, touted to be a social drama, have got a leading lady. And that lucky person is none other than Taapsee Pannu. The report further states that the actress has been asked to keep her dates blocked for the shoot of this film in the second half of the year. Interestingly, even in September 2020, speculations were rife that the Pink (2016) and Thappad (2020) actress has come on board for Rajkumar Hirani’s film. As the news report published last week, fans once again began to speculate and discuss online if their favourite superstar is indeed going to romance the actress.

Bollywood Hungama reached out to Taapsee Pannu and asked her whether she has indeed signed the film in question. To which she said, “If and when I am doing such a film, I will be the happiest to announce it without being asked.”

Meanwhile, Taapsee Pannu is busy shooting multiple films. The first film that she shot post lockdown was Haseen Dillruba, co-starring Vikrant Massey followed by a Tamil film, co-starring Vijay Sethupathi. She then trained and began shooting for the sports drama Rashmi Rocket. Some time back, she also commenced filming for the crazy thriller Looop Lapeta. After completing these two films, she’ll move on to Shabaash Mithu, a biopic on cricketer Mithali Raj.

Shah Rukh Khan and Taapsee Pannu, however, have worked together before, in Badla. But SRK didn’t act and was the producer of this suspense thriller, which also starred Amitabh Bachchan. Released in 2019, it was a surprise super-hit, collecting Rs. 87.99 crore at the box office.