Few days ago, the internet went into frenzy when Lalit Modi announced his relationship with former Miss Universe Sushmita Sen. The businessman is known for his scandalous past including a major financial scam that led him to flee to London. His new announcement of being in relationship with Sen gave enough fodder for netizens who went on a meme making spree. Now, fans of the actress, including her former boyfriend Rohman Shawl, have come out in support of the actress, asking everyone to be happy for the much-in love couple. 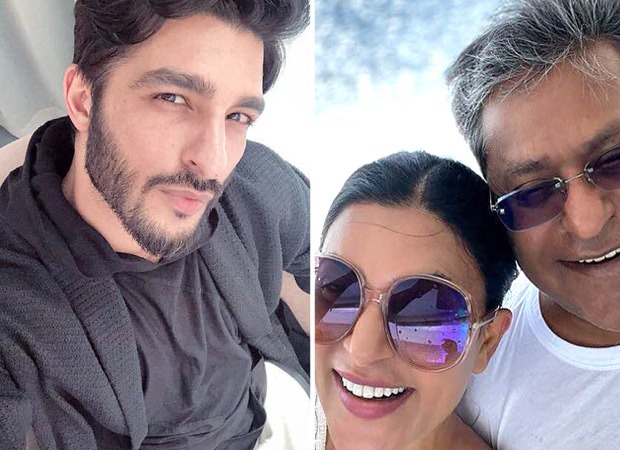 A couple of days ago, Lalit Modi took to Instagram to make his relationship with Sushmita Sen official by sharing photos with her and the rest of the family, saying, “Just back in london after a whirling global tour #maldives # sardinia with the families - not to mention my #better looking partner @sushmitasen47 - a new beginning a new life finally. Over the moon. ??????????. In love does not mean marriage YET. BUT ONE THAT BY GODS GRACE WILL HAPPEN. I JUST ANNOUNCED THAT WE ARE TOGETHER ??” His announcement took the internet by shock, followed by which there were many comments dropped on this post. While there were some genuine well-wishes that kept pouring in from friends and family, the netizens slammed this relationship.

“She is sent by the Indian Govt to bring back the stolen money ??”, said one of the comments. While some expressed shock and questioned Sushmita’s sanity, some others made fun of her choice of boyfriends. Owing to all this, when Rohman Shawl was asked about this, he reportedly told Pinkvilla, "Let's be happy for them na. Love is beautiful. All I know is if she has chosen someone, he is worth it."

On the other hand, while Sushmita Sen did not comment on her relationship, she posted this adorable picture with her two daughters Renee and Alisah. The actress shared it saying, “am in a happy place!!!??❤️???NOT MARRIED…NO RINGS…Unconditionally surrounded by love!!? Enough clarification given…now back to life & work!!?❤️?Thank you for sharing in my happiness always…and for those who don’t…it’s #NOYB Anyway!!!???I love you guys!!! ❤️?? #duggadugga #yourstruly ? “