Spider-Man: No Way Home has created havoc at the box office the film is already competing with historic blockbusters like Baahubali 2, Avengers: End Game, Sultan, and War in its advance booking sales. The movie has recorded the biggest advance for a film in India since the release of Avengers: End Game in April 2019, and as per our estimates, the three national chains have sold over 4.75 lakh tickets at the three key national chains - PVR, INOX, and Cinepolis. The approximate gross of tickets sold in advance at the national chains in Rs. 16.50 crores, and the advances alone are higher than the opening day aggregate total of five major Bollywood releases - Bell Bottom, Bunty Aur Babli 2, Satyameva Jayate 2, Antim, and Tadap. 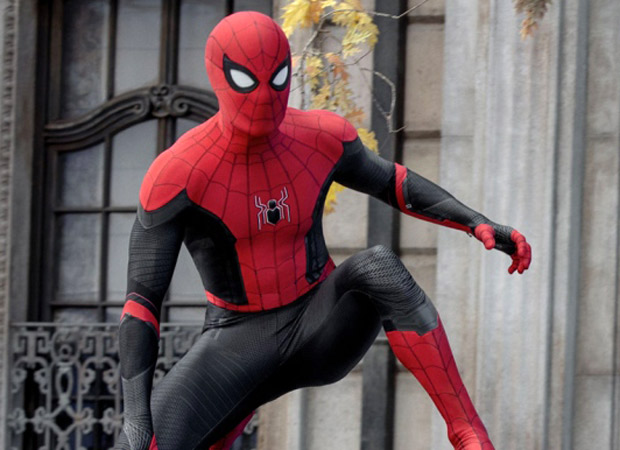 Just to note, we are just talking about advance booking of the film, and that too in the three major chains as compared to all India collections of the aforementioned Bollywood films. By Wednesday evening, the advances at these 3 chains will be higher than the opening day aggregate of the aforementioned five films with a new addition of Chandigarh Kare Aashiqui too. And this speaks volumes about the euphoria that Spiderman is creating at the box office. The film has brought the audience back to the cinema halls in a true sense and the hype is the highest for a feature film in India since Avengers: End Game. There's still one and a half days remaining for the film to sell more tickets in advance, and by end of Wednesday, one expects a ticket sale of 7 to 10 lakh at the national chains, which puts up an earth-shattering advance booking figure in the excess of Rs. 24 crores, thereby being one of the highest ever in the history of Indian cinema.

The film is recording good sales all across - be it Mumbai, Delhi, Chennai, Kolkata, or the Southern markets like Andhra Pradesh, Telangana, Tamil Nadu, and Kerala. The response to advance booking of Spiderman is HISTORIC and the film has already created a MAYHEM at the ticket window in India much before the release. There have been reports of server crashes too from multiple locations due to excessive traffic on the websites. Of the 4.75 lakh plus tickets sold in advance, nearly 2.90 lakh tickets are for the opening day i.e. Thursday, whereas the remaining are split over the weekend. Spiderman is looking at a historic opening of Rs. 30 crore net on a working Thursday, and this is an indicator that the audience is willing to step out to watch a film on the big screen, provided that the content has something that warrants a big-screen watch.

The film has surpassed all expectations in terms of advance booking and now all eyes on the opening day as it is poised to emerge as the biggest opener of 2021 in Hindi belts by surpassing Sooryavanshi.  And interestingly, this is happening with a mere restrained release on approximately 2400 screens, which yet again gives out a message that screen count has nothing to do with box office collections. Over the last few weeks, we have given reasons for certain films suffering due to 50% occupancy cap in Maharashtra, or the Covid fear, but here comes a Hollywood film to break all myths and give out a message loud and clear - make a big film and there is enough capacity even in just 2500 screens to put up an earth-shattering opening of Rs. 30 crore plus.