Akshay Kumar and Rohit Shetty together is a winning combination! They are soon coming together for Rohit’s cop drama Sooryavanshi and we are too excited to see how this one pans out. The movie will connect dots with Singham and Simmba and this will mean coming together to three big stars: Ajay Devgn, Ranveer Singh and Akshay Kumar. Reports suggest that Akshay and Rohit have already shot for a teaser in Mumbai’s Yash Raj Studio! So, it is believed that Rohit who is developing the script in Goa came down to Mumbai just to shoot for a bit with Akshay. They began filming early in the morning and were done in a couple of hours. Post which Rohit went back to Goa to continue with his scripting work. 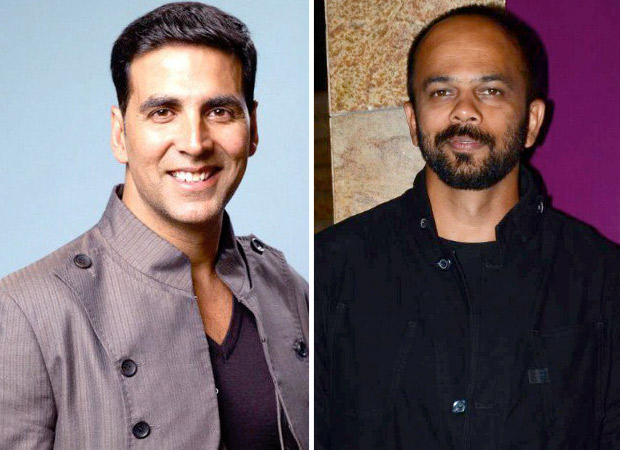 Looks like the movie has already gone on floors and the teaser shot is ready too. Pretty soon, Akshay and Rohit are set to finish the film. It will be interesting to see extended cameos of Ajay Devgn and Ranveer Singh in the film.

Apart from Sooryavanshi, Akshay has Karan Johar’s Kesari coming up which is a period drama showcasing him as a Sikh soldier. He is also shooting for Good News under the same banner with Kareena Kapoor Khan, Diljit Dosanjh and Kiara Advani.

Also Read: Rohit Shetty heads to Goa for the scripting of Sooryavanshi!