Actress Sonakshi Sinha will soon complete a decade in the industry. The actress who made her debut in the 2010 film Dabangg opposite Salman Khan will soon be seen in the third instalment of the film. 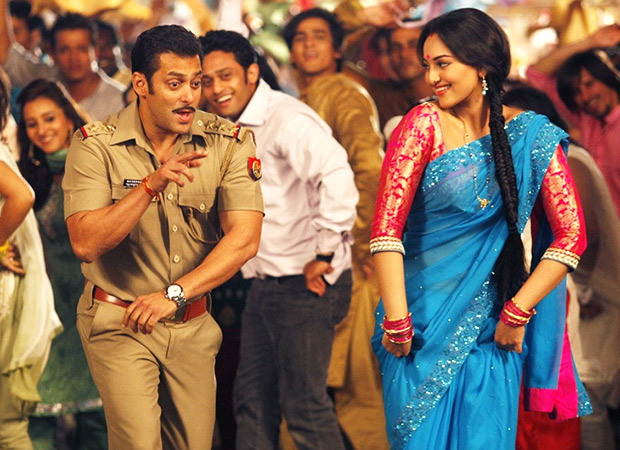 Recently in an interview to a media house, Sonakshi Sinha said that Salman saw the acting ‘keeda’ in her when she had not even thought of acting as a career option. Salman Khan encouraged and motivated her to take it up. Talking about how she bagged the role of Rajjo she said that one day Arbaaz Khan along with the director of the film came to her house and narrated the script to her and she became a part of the film even before she knew it.

In an earlier interview, Sonakshi Sinha had revealed that during a fashion show where she was working as an audience manager, Salman Khan had walked up to her and advised her to lose weight and they would cast her in one of their movies.

Sonakshi Sinha was last seen in the film Mission Mangal which was a hit at the box office. The actress will soon be seen reprising the role of Rajjo in Dabangg 3 which is scheduled to release in December. The actress will also be making a special appearance in Saif Ali Khan starrer Laal Kaptaan.