Saif Ali Khan starrer film Laal Kaptaan has already been in news for his intense look as a Naga Sadhu. His complete makeover to get into the skin of the character has made him the talk of the town. Adding to that mystery is actress Sonakshi Sinha’s look in the film. The talented actress plays a cameo in the film and while the screen space might be less, her role in the film is of utmost importance. 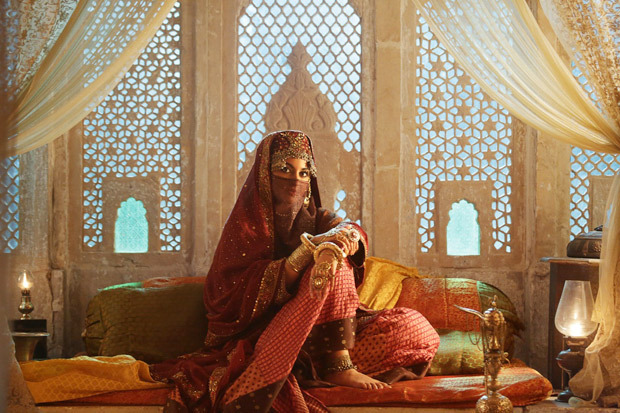 In the first look, she is seen sitting gracefully and a nakaab which adds to her beauty. Directed by Navdeep Singh, Laal Kaptaan is a revenge thriller, which tells the story of a Naga Sadhu who is also a bounty hunter. While Navdeep doesn’t want to give away the details of her character, he says the character is of utmost importance to the film’s plot. “It is an imperative role. It is a special appearance but very pivotal. At this point, I would like to reveal as little as I can but all I can say it adds a glamour quotient to the film,” shares the director.

Talking about working with the talented actress, he says, “Sonakshi is extremely versatile and she fit the bill to perfection. I had not met her earlier and since we were mid schedule it was a pleasant surprise and a pure delight working with her. She is super smart, tuned in, a fabulous actor and totally professional.”