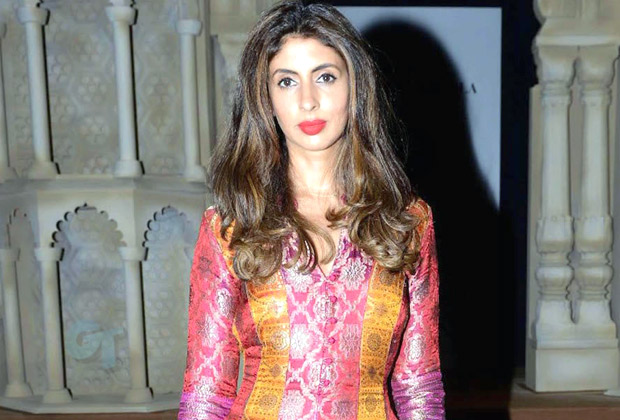 Navya Naveli Nanda, born to the prestigious Nanda and Bachchan family has been in the limelight for years and her teen years often makes it to the news columns in the form of her social media pictures. With constant rumours about her Bollywood debut, her relationships becoming a matter of focus, a miffed mother Shwetha Bachchan Nanda decided to lash out at the media for being insensitive and inappropriatly captioning her daughter’s pictures in their reports.

Shwetha Bachchan Nanda wrote in one of her columns for a daily stating that Navya Naveli Nanda is just a normal teenager who likes to hang around with her friends and have a good time. However, her pictures that make way to media websites are often portrayed as ‘Hot pictures of Navya’ or captioned as ‘Navya parties wild with her friends’. Condemning such news pieces, Shwetha maintained that wearing beachwear aka swimsuit whilst at a beach and pouting with her friends for pictures is definitely normal teenage behaviour and there is no need for the media to create any form of hype regarding the same.

Further, Shwetha was also miffed with the way the media constantly has been keeping a track of Navya’s social media accounts under fake identities. In fact, according to her, a lot of websites have been using Navya’s friends’ names to follow her on social media and upload pictures on their sites with captions that are disrespectful and also that it classifies as irresponsible behaviour on their part. Requesting them to end this that has been objectifying and shaming her daughter since she was 13 years old, Shwetha Bachchan Nanda decided to speak her heart out and stand for her daughter whose teenage life is bearing the consequences of belonging to a famous family.