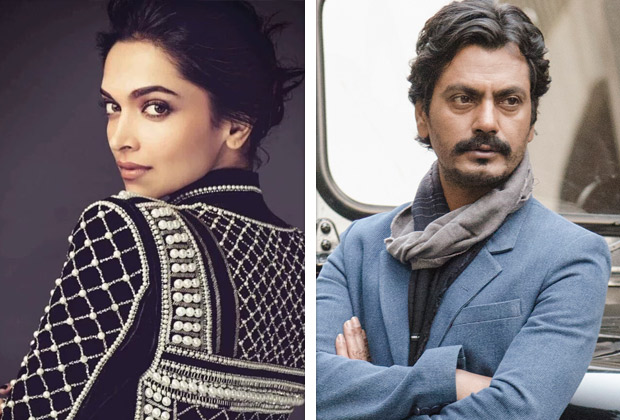 The Leela of Ram Leela, aka, Deepika Padukone decided to voice out her opinion after she was questioned by the media over a recent controversy.  A controversy erupted as actor Nawazuddin Siddiqui was asked to step away from the play Ram Leela owing to his religion and the actress believes that the society should be more inclusive.

Nawazuddin Siddiqui, who was excited about fulfilling his dream of playing a role in Ram Leela, was asked to pull out from the drama because of certain sects opposing to the fact that the actor is a Muslim participating in a Hindu epic play. Stating her views on the same, Deepika added that as a society we need to be more sensitive to people and situations. She also reportedly spoke about how it is difficult for celebrities to express their opinion. The actress told the channel that it’s tough because sometimes their opinions may resonate with others and sometimes it doesn’t.

Last seen in Bajirao Mastani, Deepika Padukone is said to collaborate with Sanjay Leela Bhansali and Ranveer Singh once again for Padmavati.