Last Updated 22.09.2021 | 12:40 PM IST
feedback language
follow us on
Bollywood Hungama » News » Bollywood News » Shankar Mahadevan roped in to be the third judge on the next season of Zee TV’s Sa Re Ga Ma Pa

Taking forward a legacy of over 25 years, Zee TV’s Sa Re Ga Ma Pa has been successful in unearthing some of the prominent stars of the music fraternity including Shreya Ghoshal, Kunal Ganjawala, Kamal Khan, Amanat Ali, Raja Hassan, Sanjeevani, and Bela Shende amongst many others. In the wake of the enormous success of Sa Re Ga Ma Pa Li'l Champs last year, Zee TV is back with its most iconic, longest-running singing reality show that has managed to stay relevant to music lovers, Sa Re Ga Ma Pa. The new season promises to provide a sea of opportunities to the most aspiring singers across the nation. Giving them a chance to exhibit their talent and create a name of their own in the world of music will be the popular singers of the industry, Himesh Reshammiya and Vishal Dadlani. 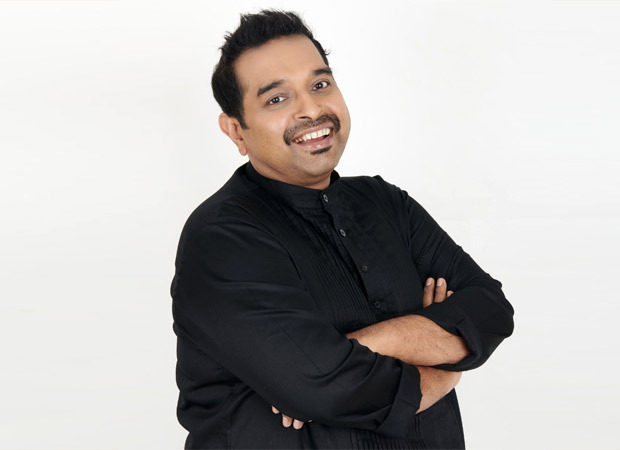 Occupying the position of the third judge on the show will be none other than the maestro himself, Shankar Mahadevan who will be once again returning to Sa Re Ga Ma Pa after 8 years to upskill the raw talents of the country. The show is all set to arrive soon on Zee TV with the three judges, Himesh Reshammiya, Vishal Dadlani, and Shankar Mahadevan judging the top-notch singers of India, who’ll deliver their best to take the winner’s trophy home.

Delighted to be judging Sa Re Ga Ma Pa again this year, the connoisseur of music, Shankar Mahadevan said, "Sa Re Ga Ma Pa has been a global platform for singing talent across the universe and I am very excited to be a part of this show. It was the first show where I had come as a mentor and returning again this year as the judge only gives me immense pleasure and excitement. As music composers, we are always looking out for new talent and are in search of fresh voices to feature as a part of our songs and our films. In my career, I have used at least 30 singers from reality shows to sing for films and they have become immensely successful. So, I believe that meeting new talent is the biggest opportunity for a composer and it’s a great feeling to be able to enjoy and groom their them further. My only advice to all the young musicians would be to create your own niche in singing while using aspects from the maestros because I will be looking for a person who is not only a singer but also a contributor to the song".

Adding further on sharing the judge’s throne with Himesh and Vishal, Shankar Mahadevan said, "I have judged a show with Himesh in the year 2009 and after more than a decade, we are coming back together to judge this show. He is always full of energy and gets completely involved in the show, so I think it’s going to be amazing working with him. Vishal is a dear buddy and co-musician and while we have sung for each other on many occasions, this would be the first time that we are coming together as judges in a reality show. He has a great sense of humour and I am really looking forward to sharing many funny and musical moments with him."

ALSO READ:  “What is surprising me is the youngsters reacting to classical music that is so encouraging”- Shankar Mahadevan for Bandish Bandits