The Coronavirus pandemic has hit the showbiz around the world. The first film in the Hindi film industry to postpone was Akshay Kumar and Rohit Shetty's highly anticipated cop drama, Sooryavanshi. The film was scheduled for March 24 release but it has been postponed indefinitely until the situation gets better. 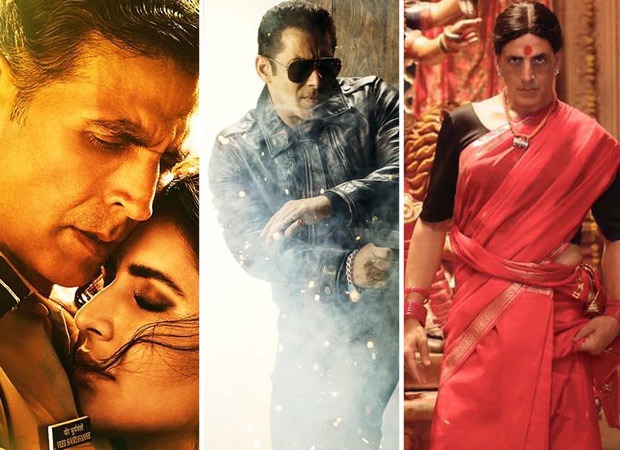 Meanwhile, it seems like two cop dramas might come together on Eid 2020 instead. It is known that this Eid, Salman Khan will release Radhe - Your Most Wanted Bhai which is also a cop drama. As per grapevine, "Sooryavanshi is easily one of the highly awaited films of the year. Since there's been lockdown in many parts of the country and public places like malls, theatres have been shut down until March 31, the makers are currently working on an apt date for the release. If things fall into place, they might release it on Eid instead of Akshay Kumar's other film Laxmmi Bomb which is supposed to clash with Salman's Radhe - Your Most Wanted Bhai. Laxmmi Bomb will reportedly ahead and another release date will be announced."

As the makers are currently working out the scenario, it should be noted that Radhe and Sooryavanshi were to clash before they preponed the latter after a conversation between Salman Khan and Rohit Shetty. It was only later when Akshay Kumar announced Laxmmi Bomb will release on Eid.

Sooryavanshi is directed by Rohit Shetty and stars Katrina Kaif in the leading role. Ranveer Singh and Ajay Devgn will have cameos in the cop drama.

Salman Khan starrer Radhe - Your Most Wanted Bhai, on the other hand, is directed by Prabhu Dheva. The film stars Randeep Hooda, Disha Patani and Jackie Shroff.