Salman Khan sure has a huge clout and there is no one in the industry who can say ‘No’ to the superstar, it is believed. He is currently working with Sunil Grover for his ambitious next, Bharat and is also producing The Kapil Sharma Show simultaneously. The HISTORY of rivalry between Kapil and Sunil is very public and very well known even to people living under a rock so it is no surprise that Sunil was hesitant to work with Kapil. But Salman is not only getting him to appear with him on the show to promote Bharat but also can convince him to be a permanent fixture on the show! Sunil has been getting feelers from Kapil but he was not too keen because even his film career took off after his stint with Kapil. Also there has always been a power tussle between the two talented comedians and so it does not come as a surprise that Grover is apprehensive about working with Kapil all over again. But Salman has apparently convinced him to take a leap of faith again, since he is producing the The Kapil Sharma Show. 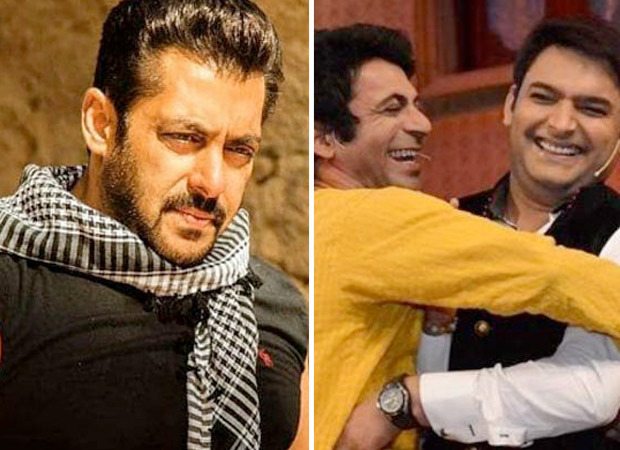 Salman has just wrapped up Bharat and is now gearing up for his next Dabangg 3 with Sonakshi Sinha. He also is planning to go to the Dabangg Reloaded tour with Sonakshi, Katrina Kaif and Jacqueline Fernandez. Furthermore, he will be working with Sanjay Leela Bhansali for his next. There is a lot of talk about this film as everything from its title to the details of its leading lady have been kept under wraps till now.

Salman is also producing Zaheer Iqbal and Pranutan Bahl’s Notebook which will hit the screens soon.