Just today, it was announced that Sushant Singh Rajput and Sanjana Sanghi’s upcoming film is titled as Dil Bechara instead of Kizie Aur Manny. The movie will be directed by Mukesh Chabbra who was on the side lines due to the #MeToo allegations against him. The casting director has been cleared off all the allegations against him by the production house and has hence resumed his work. Dil Bechara is the Hindi remake of the award winning blockbuster of 2014, The Fault In Our Stars. 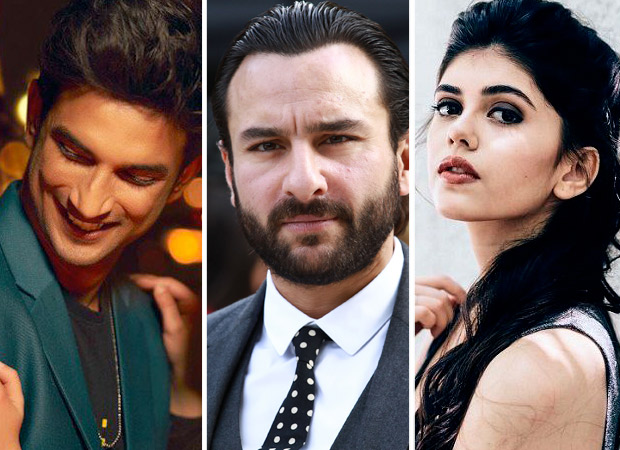 Starring Ansel Elgort and Shailene Woodley, the love story had left everyone in tears and is still one of the most loved stories of recent times. Coming back to the Hindi version, Saif Ali Khan has been roped in to play the role of the obnoxious author Peter Van Houten. Actor Willaim Dafoe portrayed the role in the original. The director said that they had a schedule in Paris and shot there for a week. Saif only accompanied them for a few days and got along with the rest of the cast pretty well.

The movie is under the Fox Star Studios banner and will have A R Rahman as the music composer. A lot of people are rooting for the movie and hoping that the Indian remake will be able to do justice to the original script. Although, our hearts are already breaking imagining Sushant as Augustus Waters.