Amidst a hectic work schedule, Radhika Madan resumed the shoot of her upcoming untitled film with Akshay Kumar, which is a remake of the Tamil film Soorarai Pottru. The actress, who has been juggling between multiple shoots, will begin with the Mumbai leg of shoot today for her upcoming project. The actress will be kick starting the Mumbai leg of the shoot schedule. According to a source close to the actor, after shooting for a couple of days in Mumbai, Radhika will be flying to Chhattisgarh for the next schedule of the film. 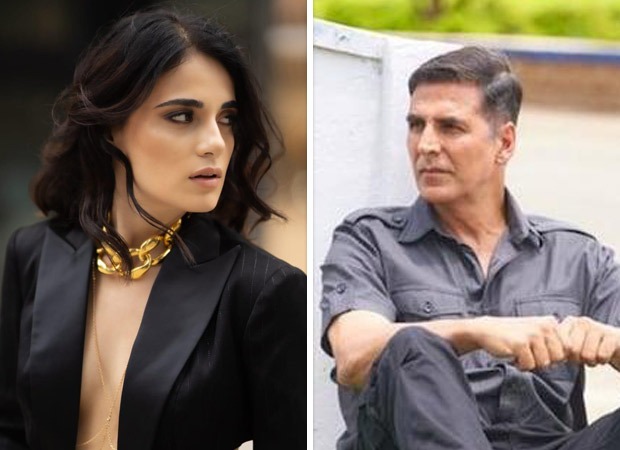 Speaking about it, the source revealed, “Radhika has been working day in and day out. She has been left with no breathers at all in her schedule. However, the actress has always managed to give her best amidst all the hectic shoots. It is said that Radhika has already resumed the shoot for her upcoming untitled film with Akshay Kumar. After shooting for the same in Mumbai for three days, the actor would fly to Chhattisgarh towards the end of the month. In between the two schedules, the actor will be working on her other upcoming projects.”

The actor has an interesting lineup of films ahead. Her next, Kuttey along with Arjun Kapoor and Tabu, will be releasing on November 4. Following that would be the Indian theatrical release of Kacchey Limbu which has even been to international film festivals. The actor will also be seen playing the role of a cricketer for the first time onscreen.

Coming to the film, the untitled venture is the remake of the National Award winning film Soorarai Pottru which featured Tamil superstar Suriya in the lead role along with Aparna Balamurali and Paresh Rawal in pivotal roles and is directed by Sudha Kongara, who also directed the original. Radhika also has national award-winning director Sudhanshu Saria’s Sanaa, Homi Adajania’s upcoming next, and recently announced, Happy Teacher’s Day co-starring Nimrat Kaur in the pipeline.

Also Read: Radhika Madan shares a little sneak peek into the prep of her next project, watch the goofy video!