The events that unfolded on the night of December 16, 2012 left the entire nation in shock as a well-educated 23 year old girl fell prey to six rapists. She was beaten, raped and even tortured in a private bus. The brutality of the incident that were reported later not only made the nation tremble but India as a country joined hands to bring justice for Jyoti Singh Pandey, aka Nirbhaya. Now six years, after the case, the Supreme Court has passed a landmark judgement to hang the rapists and here’s how Bollywood extended its support. 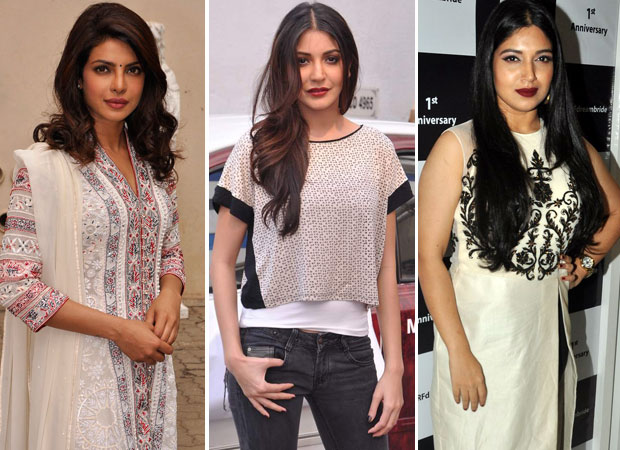 After a long battle, Nirbhaya aka Jyoti Singh’s death created a furore followed by activists constantly pressurizing the government to take severe action against rapists including death penalty. Although the actual sentence for rape is a seven year imprisonment, the Supreme Court decided to deviate from it owing to the heinous and brutal ways Jyoti was tortured during the rape in 2012, followed by which the Supreme Court sentenced them to death by hanging.

Two days ago, the Supreme Court passed yet another judgement for all the rapists except the one juvenile who was involved in the case and the one who died in 2013 [possibly committed suicide] wherein it quashed the plea for reducing the sentence to lifetime imprisonment. Coming out in support of the verdict, many Bollywood actresses took to Twitter to support the court in this landmark judgement:
Priyanka Chopra

Justice delayed but not denied... the Supreme Court of India sends out a strong signal to perpetrators of these heinous crimes. Now, justice for the rest, so that we have no more Nirbhayas #NirbhayaVerdict

For a crime as barbaric as it was, I'm one with the nation's emotion. Finally justice has been served. #NirbhayaVerdict

All the moms will understand the plight of #NirbhayaCase This decision reaffirms our faith in Indian judiciary.. ???????????????????????? Let’s hope for safer future pic.twitter.com/SzilAW4ath

Thank you Supreme Court for dismissing the plea against death penalty for convicts in@#NirbhayaCase.. but justice is delayed, for every daughter. They need to be punished soon, even the juvenile released

Finally, justice has been served and a much needed example has been set. #NirbhayaVerdict

No mercy for rapists ! Very happy for nirbhayas parents and those who faught for her. ????#SupremeCourtJustice#NirbhayaVerdict https://t.co/e81CQpd3g4

Finally!!! The culprits will be HANGED #Nirbhaya #Nirbhayaverdict

#Nirbhaya, her family and the entire country has waited for justice. Justice delayed is justice denied. The rapists must get what they deserve. #NoMoreNirbhayas #FreeAGirl

Also Read: Priyanka Chopra begins prep for her next Hindi film with Shonali Bose titled The Sky Is Pink