Sanju, that talks about the wild child of Bollywood, Sanjay Dutt and his emotional tribulations has triumphed at the box office. Considering its brush with reality, the film also recreated many such true events that happened in Dutt’s life. One amongst them was when Sanjay Dutt received an award from Tabu. The same was remade for the Rajkumar Hirani directorial, albeit with Ranbir Kapoor. 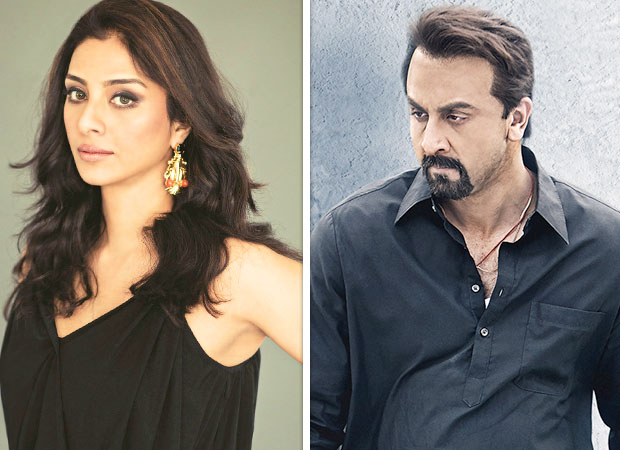 Speaking about the same in recent reports, Tabu revealed about how Rajkumar approached her to do that one small scene where she presented the award to Sanjay Dutt in 2004 for his performance in Munna Bhai MBBS. For the uninitiated, this comic caper turned out to be one of the cults in Bollywood featuring this actor. Talking about the same, Tabu stated about how Hirani contacted her one day to remind her about the day she presented the award. He also requested her to do the scene for Sanju again.

Elaborating on the experience, Tabu described it to be surreal when she walked to the sets wearing a similar outfit [that was recreated] and the same hair style. The actress maintained about how the team of Sanju worked on remaking the entire moment even by observing the minutest of details including make-up. She reportedly had walked into the sets of Sanju, right from the sets of Golmaal Again which she was shooting at that time.

She also mentioned that Rajkumar Hirani had also shown her the clipping of the award ceremony where she had presented the award to Sanjay Dutt to rekindle her memory. Calling it a déjà vu, Tabu termed it as her The Truman Show [1998] moment. She also maintained that it was fun to have to do the scene with Ranbir Kapoor.

Furthermore, Tabu also has expressed her desire to act in meatier roles when it comes to Rajkumar Hirani films.