The enormously talented Pankaj Tripathi is flooded with compliments for his recent performances. But at times the praise floors him. On a talk show recently Janhvi narrated an incident at a party where she told the formidable actor, “Sir, par aap toh ice cream ho, aap sabko pasand ho (You are like an ice cream everyone likes you).” Janhvi went on to add, "He probably thinks I am a creep, but yes I feel he is a legendary actor and there is no one like Pankaj sir. I couldn't hold back and immediately expressed my fondness for him." 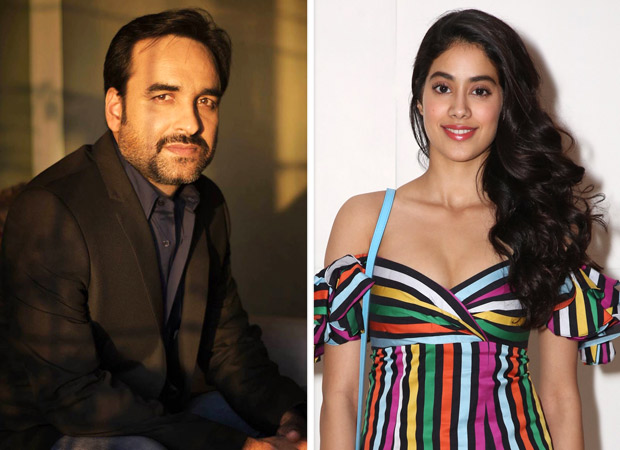 Reacting to the effusive compliment Pankaj Tripathi’s voice is suffused in affection. “Why would I think badly of her for comparing me to an ice cream? This was her way of saying how much she enjoyed my performances and I fully appreciate her words.”

Janhvi Kapoor has been shooting with Pankaj for the war saga Kargil Girl and that’s where she got to observe her senior’s acting acumen. Says Pankaj, “The praise is coming from all quarters, and I take all of it seriously. The other day Manoj Bhai (Bajpai) called me to praise me. I felt blessed. He is an actor from Bihar like me and he achieved so much from scratch. I look up to him. And I read every review of my film. I take every word written by critics about my films and performances very seriously.”

Pankaj plays Janhvi Kapoor's father in Kargil Girl. But rest assured, if it is Pankaj it won't be just a routine father's role. At the moment Pankaj's most talked-about assignment is the second season of the Netflix series Scared Games. Apparently Pankaj's remuneration was re-negotiated for the second season. And he takes home a very impressive pay packet.