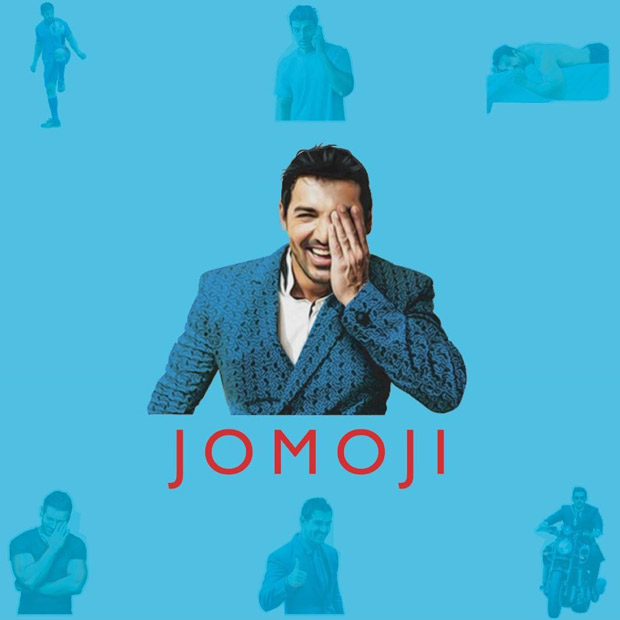 In today’s times, emojis have become an indispensable part of our communication. At one point, they were mostly used on desktop messaging softwares and in case of phones, they were used in the forms of text based emoticons. But the advent of smartphones and mobile messaging apps has led to an increase in the use of emojis. These cute little yellow things have also become more elaborate and expressive and no wonder that their popularity refuses to die down.

Thanks to the craze for the emojis, few celebrities have opted for custom emojis and it has also been received well. In Bollywood, not many have tried it and taking advantage of it, John Abraham has jumped into the bandwagon. His range of emojis are called ‘Jomoji’ and the actor announced about this venture on his social media handles today by uploading an interesting picture. It features John Abraham in different poses and avatars and the central picture has him hiding his left eye with his hand and giving out a cute smile. As of now, these are exclusively available on the App store for all the iOS users. It remains to be seen if it’ll be available on the Android platform, which is majorly used by people across the world.

This trend of having a customized emojis is not new. In the past, Kim Kardashian, Justin Bieber, Amber Rose, Rick Ross, Charlie Sheen etc have also had their own emojis. Closer home in Bollywood, Sonam Kapoor and Sunny Leone have launched their own line of emojis.

On the film front, John Abraham was last seen in Force 2, co-starring Sonakshi Sinha, which released last year. He’ll be now seen in Parmanu, produced him, and releases on February 23, 2018. It also stars Diana Penty and Boman Irani. His next film will be with Manoj Bajpayee, directed by Milap Zaveri.