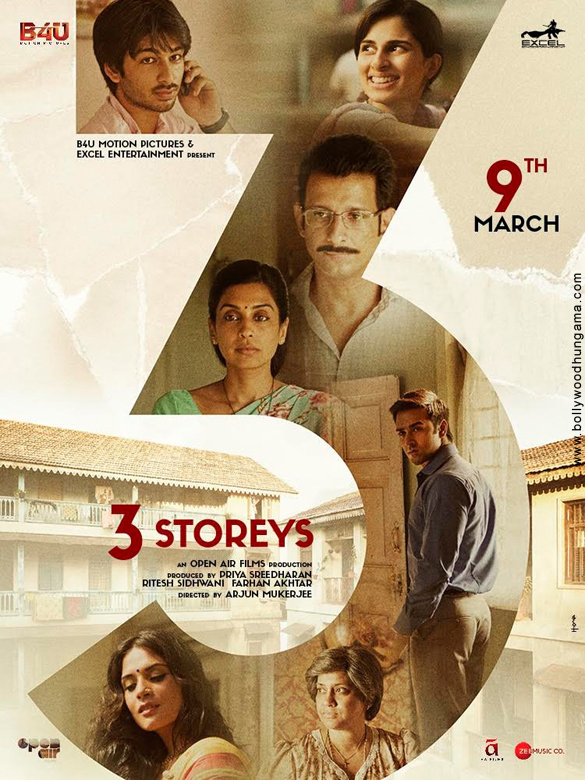 Proving to be an anthology of sorts, Ritesh Sidhwani and Farhan Akhtar come together for a film titled 3 Storeys. Based on the backdrop of middle class families, the film features 3 stories that revolve around lost, avenged and forbidden love.

The trailer of the film that stars Sharma Joshi, Pulkit Samrat, Richa Chadha, Masumeh Makhija and Renuka Sahane recently released and according to the same, the film is set amidst a chawl type set up in a city and revolves around the lives of people who live in the same area in different storeys. From what we hear, the story of these intertwined lives talks about the masks people wear whether it is simple or twisted, happy or sad yet it is almost always fascinating about how people often use the façade to deal with their lives. Secrets from the past tumble out of many closets in these households and it becomes clear that life in this small community is not quite what it seems.

Marking the debut of actors Aisha Ahmed and Ankit Rathi, 3 Storeys is directed by ad filmmaker Arjun Mukherjee. Produced by Priya Sreedharan, Ritesh Sidhwani and Farhan Akhtar, the film is presented by B4U Motion Pictures and is slated to release on February 16, 2018.