Malang is a multi-starrer film that has Aditya Roy Kapur, Disha Patani, Anil Kapoor, and Kunal Khemmu in the lead. The makers revealed the title of the film by sharing a picture of the cast posing with the director, Mohit Suri. Malang is a revenge thriller and was in news for a lot many other reasons than the film. Anil Kapoor’s look for the movie floored a lot of people and we’re still wondering about the sorcery involved behind his young looks. The Malang team has also announced the release date and it is going to be the day of love, 14th February 2020. 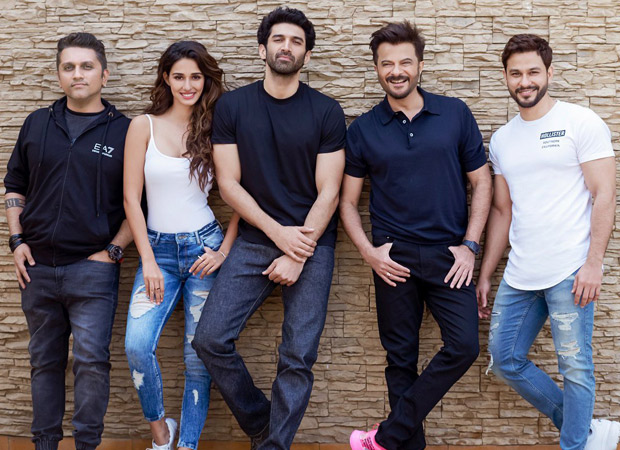 Earlier, it was revealed that Anil Kapoor’s character in the film will have a shade of grey in it. Honestly, it is definitely something we’re looking forward to, watching the man play a negative character will surely be a treat to our eyes. Now, it has been reported that all the characters in the film shall have a grey hue in their characters. Also, the movie was to be shot massively in Goa since the story line is based out in the tourist state. It is around a 50-60 day schedule. But, the shoot will soon be shifted to Mauritius. Since, Goa is a lot more crowded than usual during the months of April and May; the team has decided to shoot most of the bits in Mauritius.

The landscape of the place is somewhat similar to Goa and it is a lot less crowded. So, the aerial shots will be done in Goa while the other will be shot in Mauritius. We’d love to see how they recreate Goa’s magic in Mauritius. Also, to see Aditya Roy Kapur and Disha Patani share the screen space will be super fresh.