Malang Movie Review: The Disha Patani – Aditya Roy Kapur starrer MALANG is high on style with good performances and thrilling moments but has an average storyline.

The tiny state of Goa has been a great destination for our filmmakers over the years. Rohit Shetty has shot and based most of his films there. Besides, there have been films where Goa played an indispensable part like HONEYMOON TRAVELS PVT LTD [2007], DIL CHAHTA HAI [2001], KABHI HAAN KABHI NAA [1994], GO GOA GONE [2013], FINDING FANNY [2014] etc. Then there was DUM MAARO DUM [2011] which talked about the dark side and the drug mafia of this beach state. Now Mohit Suri futher explores this idea with loads of madness and romance in his style in his latest flick, MALANG. So does MALANG manage to entertain and appeal to its target youth audience? Or does it fail to impress? Let’s analyse. 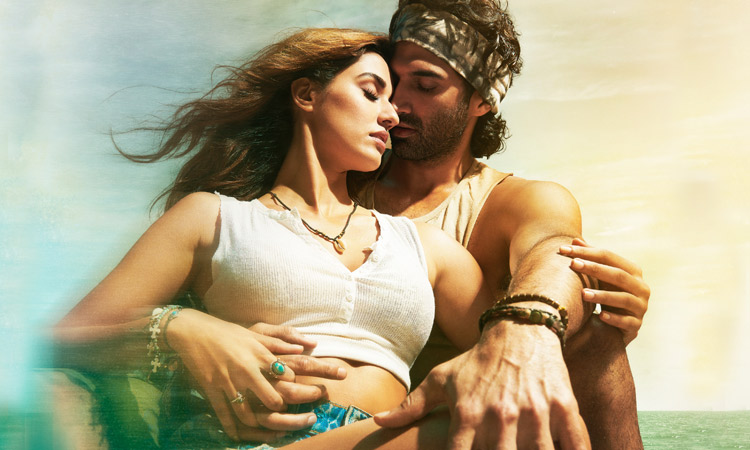 MALANG is the story of love and revenge. Two tracks run simultaneously in the film. The flashback track shows Advait (Aditya Roy Kapur), with a disturbing family history, going to Goa for some fun. Here he bumps into Sara (Disha Patani) who has come to Goa from abroad to conquer her fears. Over drugs and running away from the police, they fall for each other. At first they decide to keep their relationship casual but things get serious. In the present day track, five years later, Advait has just got released from the jail. He's now a killing machine with rage in his eyes. As soon as he's out, he calls Inspector Anjaane Agashe (Anil Kapoor) and informs him that he's about to commit a murder. Agashe takes it lightly at first but in no time, Advait kills a person, that too a police inspector named Victor (Vatsal Seth). Few hours later, he kills two more cops – Nitin Salgaonkar (Keith Sequeira) and Deven Jadhav (Prasad Jawade). All three work under Inspector Michael (Kunal Kemmu). He's married to Teresa (Amruta Khanvilkar) and his marriage is on the rocks. He believes in following the law and faces trouble in solving the case with Agashe, who relies on committing encounters on the spot. Both get to work before Advait can kill anyone else. In the course of his investigation, Michael begins to follow Jessie (Elli AvrRam) who he believes is connected with the case. Meanwhile, Agashe comes face to face with Advait. The latter had the opportunity to escape but he doesn't. He wilfully surrenders. What happens next forms the rest of the film.

Aseem Arrora's story is decent. But it is a bhel puri of various films like EK VILLAIN [2014], MURDER 2 [2011], MARJAAVAAN [2019], RACE [2008] etc. Aniruddha Guha's screenplay ensures most scenes don’t give a strong déjà vu of any film. There’s a lot happening in the film and the script is written in such a way that it does not bore the audience. Aseem Arrora's dialogues are subtle but sharp and don’t go over the top in most places.

Mohit Suri's direction is good. There’s a marked improvement from his previous films. There’s a lot of style in his execution that gives the film a fresh and a nice touch. There are lot of characters and subplots but he joins them seamlessly. Also, often, filmmakers go the psychedelic way while showing the effects of drugs on protagonists. This has become quite clichéd now and surprisingly, Mohit doesn’t go that route at all. A few scenes are very well handled, especially the present-day scenes. But on the flipside, some developments don’t work as intended whether it’s the love story or Michael’s dilemma. Even the backstory of Advait and Sara seems half-baked.

MALANG begins on a massy note. The one-take action scene is quite entertaining. The film then goes on a flashback mode showcasing Advait and Sara’s romance. It is interspersed with the present-day thrilling portions. A few portions here stand out like Agashe interrogating the African drug dealer (this is sure to raise tons of laughs), Agashe finding Nitin Salgaonkar and of course the intermission point. Post-interval, the flashback slows down the film a bit as one is more curious to see what happens once Advait is in the clutches of the cops. There’s a solid twist in the tale and though it comes as a shocker, it is also a bit convenient.

Speaking of performances, each and every actor does fine. Aditya Roy Kapur is in great form. He looks very convincing as a fearless man with a vengeance who can take on dozens of goons. His acting in some crucial scenes could have been better but he manages. Disha Patani probably gets the most screen time ever. She looks gorgeous and delivers a heartwarming performance. Anil Kapoor provides the humour quotient. But his character is a lot more than just a funny man and the talented actor gets it just right. And he looks dashing! Kunal Kemmu’s character too has a lot of shades and he rocks the show. Elli AvrRam is decent at best. Her dialogue delivery could have been a bit better. Vatsal Seth, Keith Sequeira and Prasad Jawade are okay. Devika Vatsa (Vani Agashe) leaves a huge mark in a cameo.

The music of the film weak and a film like this ought to have super-hit music. The title track and 'Hui Malang' are the best of the lot and are well shot. 'Chal Ghar Chalen', 'Bande Elahi', 'Humraah' and 'Phir Na Milen Kabhi' lack repeat value. Raju Singh's background score is dramatic.

Vikas Sivaraman's cinematography is stunning and one of the best in recent times. Notice how the first scene (the long one-take shot) is captured and how sufficient care is taken not to show Aditya Roy Kapur’s face until the right time. Even the scenes of Goa and Mauritius are captured with perfection. Vintee Bansal and Sidhant Malhotra's production design is a bit theatrical but works. Ayesha Dasgupta's costumes are super stylish, especially the ones worn by Aditya Roy Kapur, Disha Patani and Anil Kapoor. The manner in which Anil wears his police shirt on a T-shirt and keeps it unbuttoned makes a unique style statement. Aejaz Gulab's action is not too gory and seems realistic. NY VFXwaala's VFX is fine. Devendra Murdeshwar's editing is simplistic.

On the whole, MALANG is high on style with good performances and thrilling moments but has an average storyline. At the box office, it only has the advantage of a clear one-week window and will therefore do average business.

1 Year of Malang: Disha Patani shares some fond memories with the gang

Great suspense in the end. Enjoyed the movie. Hopefully I will go again. Action, drama, romance,…

Average story line. But acting Aditya and Disha was superb. They both pulled the movie very well.…

Disha is beautiful in this . Anil kapoor sahab Are so much energetic in this age. Kunal…