Anil Kapoor has been one of the fittest actors in Bollywood. While the star is aging like a fine wine, he has definitely set the bar high for the young stars who look upto him. He turned 62 this year but is one of the fittest actors who still gives a run for money to young actors when it comes to his sharp looks. Just yesterday morning, Anil Kapoor announced starring in Malang along with Aditya Roy Kapur and Disha Patani. It will be produced by T-Series and Luv Films and directed by Mohit Suri. 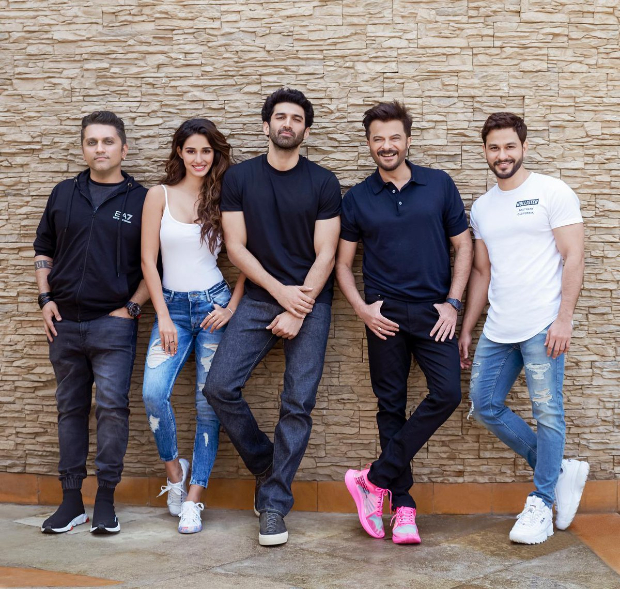 While the announcement got the fans really excited, it's his look that has gone viral. Anil Kapoor is seen striking a pose with his co-stars and director in the pictures. And the star with his wide smile and dashing looks definitely outshined the younger ones in the frame. He is slaying in his 60s and the netizens are absolutely here for it. The photos have gone viral on the Internet as the netizens can't stop drooling over Anil Kapoor and his sharp looks.

Anil Kapoor, first if all sir, what the fuck pic.twitter.com/jZFkrXdrvJ

My goodness. Just look at @AnilKapoor. The 'boy' recently turned 62.

Tiger Shroff to star in Baaghi 15.
Vidyut Jammwal to star in Commando 15.
Anil Kapoor to play Sonam Kapoor's son in her last movie.

Me: When Anil Kapoor was born
1. Nehru was still PM
2. Dr. Prasad was president
3. Indo-China War was 6 years away
5. Sikkim was still an independent country.
4. LIC had just been incorporated
5. Pather Panchali was the highest grossing film of the year

How just how does he do this effortlessly? ???? Those shoes deserve a separate pic & he carries them so well!!!! https://t.co/1TtBKJaKCF