Kangana Ranaut is upfront and outspoken actress. She is always vocal about her opinions which always hit someone's sentiments. As everyone was busy casting vote on Monday for Lok Sabha Elections 2019, the actress too came out and voted. But, while speaking to the reporters, she took a jibe at the Indian National Congress. 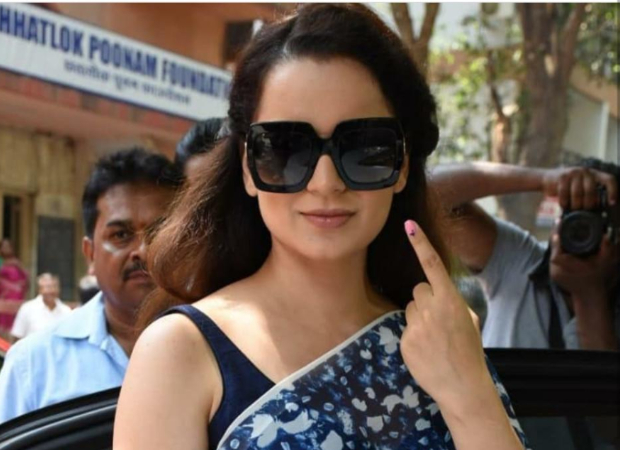 Speaking about why it is important to vote, Kangana Ranaut said, "It's a very important day. This day comes once in five years, so please make use of this. I feel India is gaining its independence in the real sense of the term today. Because before this, we were servants of Mughal, British and Italian governments. So please exercise your right and vote."

Kangana Ranaut used the word 'Italian' when talking about INC which is currently headed by Rahul Gandhi. He is the son of former Prime Ministers Rajiv Gandhi and Sonia Gandhi. Sonia, who hails from Italy, became PM after the assassination of Rajiv Gandhi. Kangana’s jibe was basically pointing at Sonia Gandhi.

Kangana Ranaut further said, "All our politicians who kept chilling in London... the state that this country is in, the rapes, the poverty, the pollution, the ecology... the 'durdasha', the state that our country was in during the Congress rule, it can't get worse than that. It is time for our swaraj and swadharm. So we should be going in in-large numbers and voting for India.”

Kangana Ranaut, on the work front, will be next seen in Panga, Mental Hai Kya among other projects.