Movies seem to be getting postponed at alarming frequency nowadays. Just when we were getting over the postponement of the eagerly awaited Kajol starrer Helipcopter Eela (apparently because of director Pradeep Sarkar’s illness) and Rajma Chawal (the Rishi Kapoor’s starrer), comes the news that the Diljit Dosanjh - Kriti Sanon comedy Arjun Patiala about a tall girl and a not-so-tall guy’s clash-and-romance, has been postponed to next year. 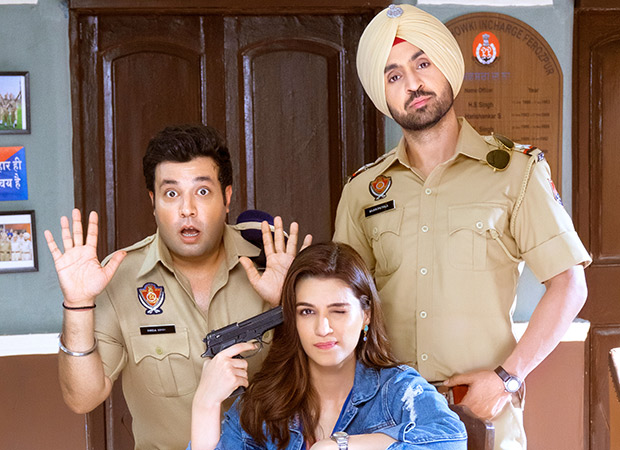 The film produced by Dinesh Vijan and directed by Rohit Jugraj (who has done a number of Punjabi blockbusters with Diljit Dosanjh) was scheduled to release on September 13. So what happened? According to a well-informed source, “Producer Dinesh Vijan has another film Stree coming up for release on August 31. He didn’t want another project to release so soon after. So, Arjun Patiala has been pushed to next year.”

Incidentally, the Arjun Patiala leading lady Kriti Sanon seems quite a favourite with Dinesh. She starred in his Raabta last year. After Arjun Patiala, she will be seen in Vijan’s Luka Chuppi with Kartik Aaryan.

Also Read: REVEALED: Diljit Dosanjh and Kriti Sanon will touch upon this topic in Arjun Patiala