Karan Johar, on Sunday, graced the launch of Sridevi’s biography, Sridevi: The Eternal Screen Goddess written by Satyarth Nayak. Karan Johar was one of the many celebs who grieved the loss of one of the most graceful actresses of the industry. She also happened to be one of the closest friends of Karan Johar and he has never shied away from admitting how much he admired her for as long as he knew her. 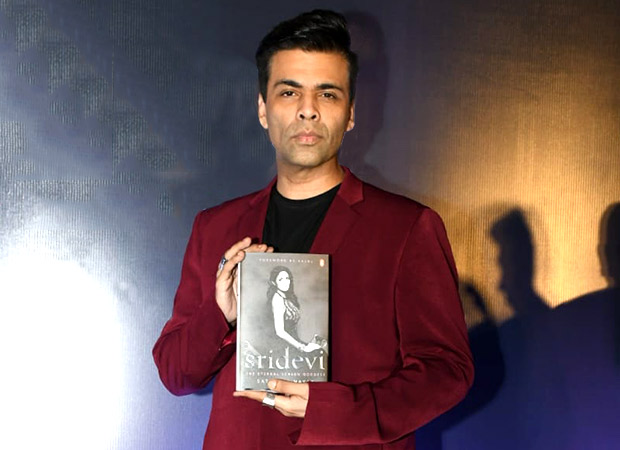 Expressing his love and respect for the late actress, Karan Johar said, “For me, today and every moment of Sridevi, just takes me back to my entire childhood, my entire being, my passion and love for the movies and my absolute obsession for Hindi cinema. I think she has a large part to do with it. I can't recall the moment where I thought I'd fell madly in love with her. I was just her biggest fan! I remember going with my house help to see Himmatwala in a cinema hall because nobody in my immediate surroundings wanted to come with me and I went multiple times and saw Himmatwala and every other movie after that. And that's when my love story began with her and it never ended.”

He has even admitted that he started a Chandni fan club when he was young.