Before going on a long break, Kapil Sharma stirred many controversies owing to his late night Twitter posts. But one of the major ones was when he took a dig at the honorable Prime Minister on the social media platform over a BMC official asking for bribe. This was followed by a massive outrage where netizens and BJP supporters lashed out on the comedian for making such nasty statements. But it seems all of those were a thing of past, as Kapil Sharma not only met our PM at an event recently but he also went on to apologize to him during the recent episode of his comeback show on National Television during The Kapil Sharma Show. Kapil Sharma was recently seen hosting the cast of Ek Ladki Ko Dekha Toh Aisa Laga which included Rajkummar Rao, Sonam Kapoor, Anil Kapoor and Juhi Chawla on The Kapil Sharma Show. Amidst many jokes and wit crackers, Rajkummar decided to pull Kapil Sharma’s leg by starting off the topic of the Twitter post that he had shared against Modi wherein he had sarcastically taken a jibe on the ‘Achhe Din’ campaign.

Here’s a glimpse of the tweets posted by Kapil way back in 2016:

Well readers would be aware that the Gen Y stars including Rajkummar Rao had taken off to the capital to meet the PM and discuss about the developments of the film industry. When Kapil enquired about the meeting and asked him if the PM said anything about him, Rao decided to wittily respond by stating that the PM was enquiring about a certain married celeb. While he initially thought it was Virat, Modiji clarified by saying that he was asking about Kapil. The actor further added that he was remembering the comedian, albeit with a tad bit of annoyance. 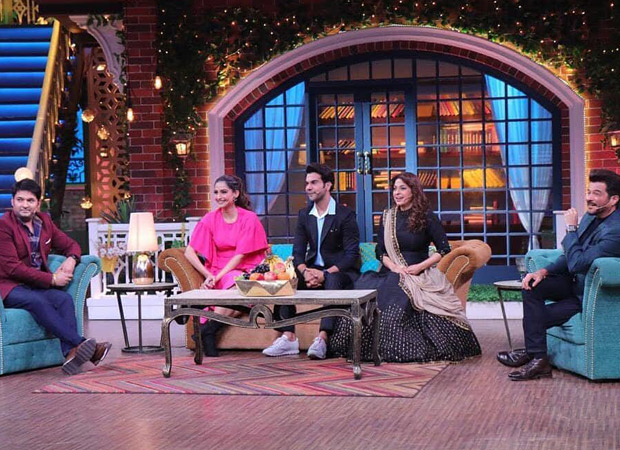 While Kapil Sharma initially dismissed it as a thing of the past, under a little persistence by Juhi Chawla, the comedian went on to speak about it. He apparently stated that the thing called Twitter has created enough mess in his life, followed by which, he apologized to our PM saying ‘Modi Saab Sorry’ during the show.

On the other hand, Navjot Singh Sidhu, who is also a part of the show, advised Kapil Sharma to stay away from posting these tweets late at nights. To the same, Kapil Sharma reacted adding that those were his singlehood days. In order to end the controversial topic, Kapil also requested his guests to change the subject.

Interestingly, not too long ago, Kapil Sharma expressed his admiration and respect towards Narendra Modi on Twitter after meeting him during the inauguration of National Museum of Indian Cinema in Mumbai. Not just that, our PM responded to his tweet on a positive note!

Respected pm Sh @narendramodi ji,it was nice meeting u n great knowing ur inspiring ideas and progressive views about our film industry and our nation. N sir I must say u have a great sense of humor too! regards ???? pic.twitter.com/2fDpGC2qwh

When @KapilSharmaK9 appreciates somebody's humour, it sure makes that person happy and I am no exception. :)

Thank you for the kind words Kapil. https://t.co/SHVTH6vI8p