Bringing their off screen romance on screen, real life couple Kajol and Ajay Devgn are coming together on the big screen after nine years. Their next film, Taanaji – The Unsung Warrior is set against the backdrop of the 17th Century and Ajay is leaving no stone unturned to get ambitious project to life. The film has already gone on floors and now recent reports have it that Kajol has shot for a special song for the film. 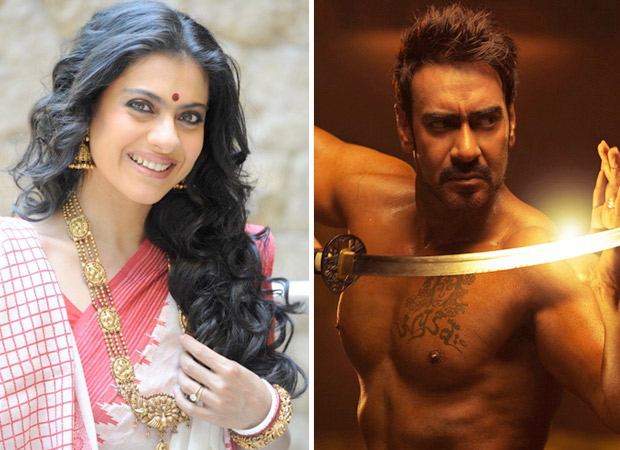 Taanaji – The Unsung Warrior: Kajol shoots for a lavishly mounted song in the film

Recent reports have described that the song has been mounted on a lavish scale and that a special set was erected for this number. Kajol, however, shot for this number last year, in the last week of December. It seems that the song is so elaborate that the shoot schedule for the same was as long as a week and the number will feature some amazing diya and rangoli setup representing that era. Keeping in the mind the period that the film is set up in, Kajol too will be sporting a traditional Maharashtrian outfit in the song in Taanaji – The Unsung Warrior.

Since Kajol plays Taanji's wife, the song will have the actress reminiscing about her past moments with her husband and remembering him while they are going through a certain situation in the film. Further details of the same are kept under wraps but it seems that the song will feature in the climax.

If these reports are to be believed, the makers are happy about the fact that Kajol, who is half-Maharashtrian is aware of the culture and can perform effortlessly.

Directed by Om Raut, Taanaji – The Unsung Warrior is based on the life of famous Maratha warrior and leader Taanaji. It will also feature Saif Ali Khan in the role of antagonist. Produced by Bhushan Kumar, the film is slated to release on November 22, 2019.