Ajay Devgn will next be seen in the third instalment of the Dhamaal franchise, Total Dhamaal. Ajay is the newest addition to the team along with Madhuri Dixit and Anil Kapoor among others. The story line is similar to that of the film where the cast is on a treasure hunt to get hold of a large sum of money. The team recently released the trailer of the film and it received mixed reactions from the viewers. 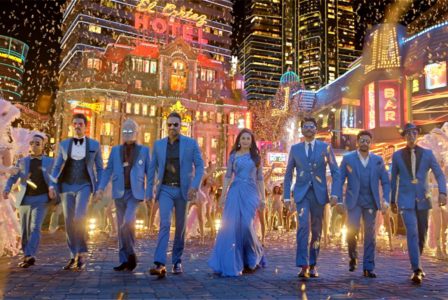 Ajay took to Twitter to announce the release of their first song, ‘Paisa Yeh Paisa’ that releases today at 2 PM. The picture looks super fancy and the cast is dressed in the shade of blue and has a carnival like feel to it. While the men have donned variations of three piece suits and tuxes, Madhuri is surely stealing their thunder, for all the right reasons, in a gorgeous gown. She looks exceptionally beautiful and her look has definitely grabbed a lot of eyeballs.

Check out Ajay’s tweet and stills from the video song. 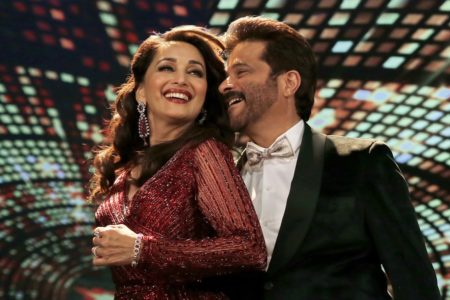 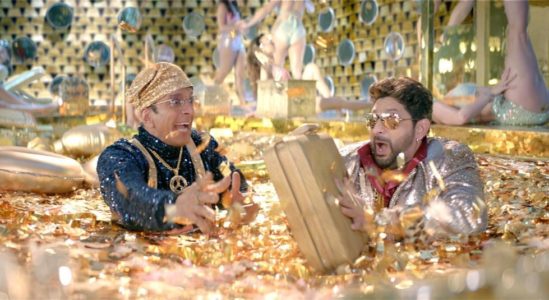 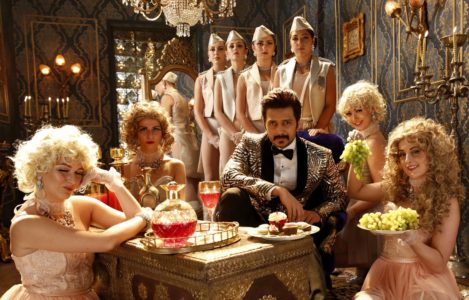 The movie is slated to release on February 22 and is helmed by Indra Kumar. Under the Fox Star Studios banner, as Ashish Chowdry mentioned, the film is a blockbuster. Let’s hope that his notion about the film stands corrected.

Also Read: Ajay Devgn looks the happiest in this throwback holiday photo with his kids Nysa and Yug