Salman Khan has earlier visited the sets of The Kapil Sharma Show a number of times but the superstar this time was accompanied by his legendary writer-father Salim Khan. Besides the duo, the Khan brothers Arbaaz and Sohail Khan too were a part of the episode of the show, hosted by comedian turned actor Kapil Sharma. Amidst the wide range of topics, from Salman Khan’s real life shenanigans to Salim Khan’s nostalgia memories there were a lot discussed on the show. But the most intriguing one was the introduction of Mamaraam. 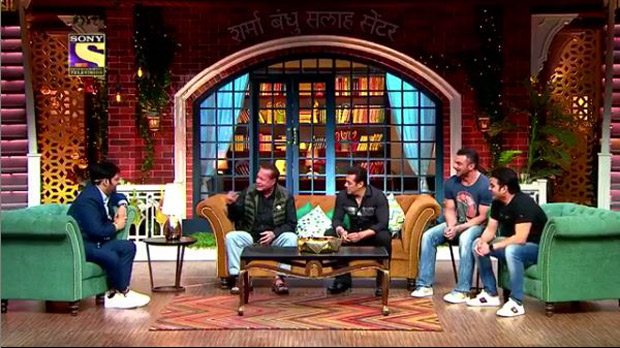 As the name suggests, Salman Khan’s Mama aka Uncle is known as Gangaraam. He is the brother of Khan’s mother Salman Khan and is like a family member. Recalling how much Salma and her brother are close to each other, Salim Khan reportedly stated during the show, that he had to once face the wrath of his wife who refused to talk to him for almost six months after he screamed at Gangaraam over something. And the kids fondly address him as Mamaraam.

On the other hand, Salman Khan described his Mama as an alien who maintains a rather poker or expressionless face always. Surprisingly, Mamaraam too is said to have made an appearance on the show, as per recent reports. And what further left everyone around quite baffled was that Mamaraam wasn’t aware of who Kapil Sharma is. Well, that was indeed surprising!

The Kapil Sharma Show, which has previously featured many celebrities, returned to television earlier this year. Readers would be aware that the show had gone off air after Kapil Sharma had taken a sabbatical from work owing to health issues. He, later, not only announced his return but also his wedding to long-time fiancé Ginni Chathrath.

Now that The Kapil Sharma Show is back on television, it kicked off with an episode featuring Ranveer Singh, Sara Ali Khan and Rohit Shetty as its guests who came on the show to promote Simmba. It is also expected to feature Sunny Leone who has already shot for an episode for it.