Varun Dhawan is promoting his upcoming movie Kalank which happens to be his first costume drama. The film, which is set in the 1940s, was incepted over 15 years ago when Karan Johar and his father Yash Johar were in talks about the film. But, the project never took off. But, in his book 'An Unsuitable Boy', Karan had revealed that his dream cast for the film included Shah Rukh Khan, Kajol, Rani Mukerji and Ajay Devgn. 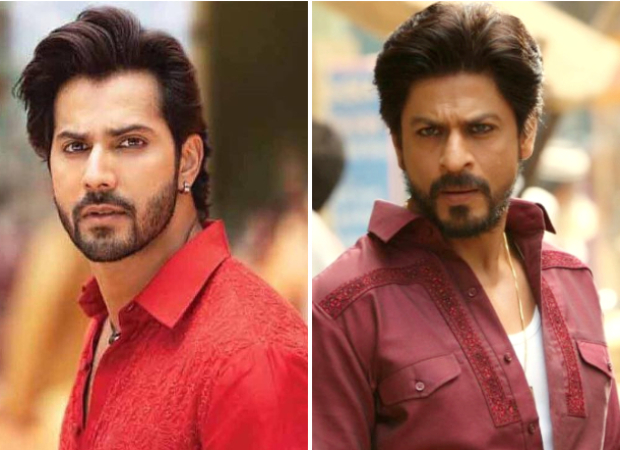 At the Kalank interaction on Monday, Varun Dhawan spoke about stepping into the role of Zafar which was originally written for Shah Rukh Khan. He said, "I think a lot of the roles are written for very very big people. I think this is how it was and how this film was supposed to be made long time ago. But, it didn't get made. And then we got a new director on board and we re-imagined the film and then that's the way he wants to make this film."

"It was a very tough, extremely tough role. I think Abhishek Varman had an edgier take that what was there. And it was tough because it wasn't just physically but emotionally this character has a lot of baggage."

At the trailer launch earlier last week, when Varun was asked how Shah Rukh reacted after watching his portrayal of Zafar. Varun said, "I met Shah Rukh sir a week back and he had already seen the teaser, he had some good things to say about it. He said, 'It's a good thing that you are doing these kinds of roles, it’s taking close to your fans.'"