Salman Khan and Alia Bhatt will be seen for the very first time in Sanjay Leela Bhansali directorial Inshallah. The film was announced in March 2019 as this will be the first time the stars will come together for a project. And as it is also a dream come true for Alia who had wanted to work with the filmmaker since she was a child. Not many know but the actress had auditioned for the role of the little girl in Black but she was rejected. 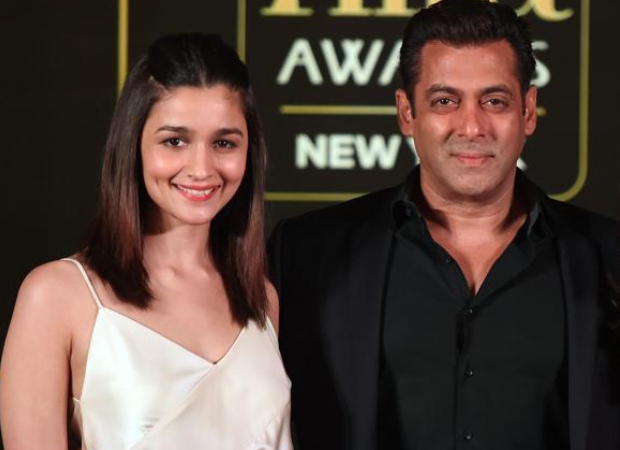 It is known that when the movie was announced, it received mixed reactions on social media. The reason being the vast age gap between Salman Khan and Alia Bhatt. Though it is unclear whether their characters will be romantically involved or not, netizens weren't stoked about the fact that they might be paired opposite each other.

Speaking about this, Alia Bhatt reacted to the criticism and said, "I didn’t get any criticism. I think I got a lot of excitement. I think speculation is also a form of excitement in a way and why shouldn’t there be speculation. There should be and at least I am not bothered by that and I don’t think Salman or Bhansali sir are bothered. I think this is a filmmaker who has given us very good films, he is someone who we all are very fond of and I think we should just trust him with his vision.”

Speaking EXCLUSIVELY to Bollywood Hungama during Notebook promotions, Salman Khan revealed that Inshallah will be an Eid 2020 release.

Alia Bhatt, during the announcement, had expressed her excitement and wrote, “I was 9 when I first walked into Sanjay Leela Bhansali’s office, all nervous and hoping and praying that I would be in his next film. It’s been a long wait. Dream with your eyes wide open they say & I did. Sanjay Sir and Salman Khan are magical together & I can’t wait to join them on this beautiful journey called Inshallah.”

ALSO READ: CONFIRMED! Alia Bhatt starrer Sadak 2 to go on floor in May 2019