We all knew that Kalank was being shot on a huge set that was erected in Karjat but we get to witness the grandeur of it only now! When we got a glimpse of the backdrop of the Varun Dhawan, Alia Bhatt starrer, we all were quite amazed by its magnificence. And now we know how the amazing set of Hira Mandi came into being. Giving us an overview of the same is none other than Varun Dhawan and his co-star Sonakshi Sinha. 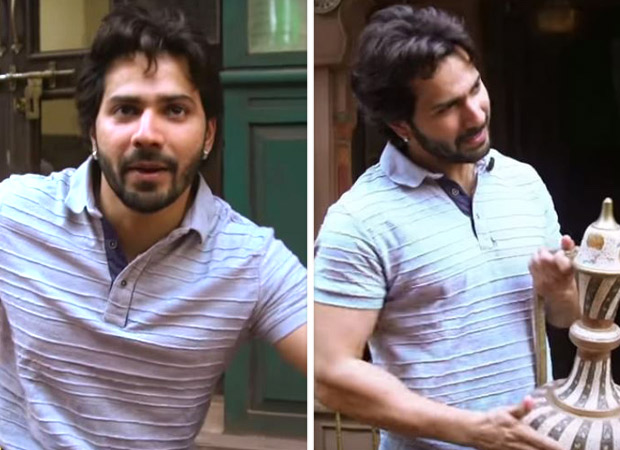 Varun Dhawan plays the role of Zafar in the forthcoming romantic drama Kalank. The film, as readers may be aware, is set against the backdrop of the pre Independence era, somewhere in 1945. The unique sets of the film with his mahals aka palaces, bazaar and many elements have left people quite dumb struck. Art Designer Amrita Mahal explains all about the sets which required about 700 workers and 3 months to get done.

The prep for Kalank is expected to be quite expensive with about 300 extras, 500 background dancers and many such technicians who have worked for months to complete this film on time. The video also showcases the extensive research which was done before creating the township for the film. Here’s a sneak peek of the video that will give you a further look into all the hard work into making the films’ sets.

Kalank also features an ensemble cast – a host of actors who are all coming together for the first time. Besides Bollywood’s beloved Gen Y couple Varun and Alia, the film also stars Aditya Roy Kapur, Sonakshi Sinha, Sanjay Dutt and Madhuri Dixit. Produced by Karan Johar and Sajid Nadiadwala and directed by Abhishek Varman, the film is slated to release on April 17.