In October, it was confirmed that Janhvi Kapoor will be playing the female lead of the Ali Abbas Zafar directed Bade Miyan Chote Miyan produced by Pooja Entertainment. The actress was to be paired alongside Tiger Shroff in the film and the hunt was on for the leading lady alongside Akshay Kumar. However, now official sources have confirmed that Janhvi has taken a back seat from this action entertainer. 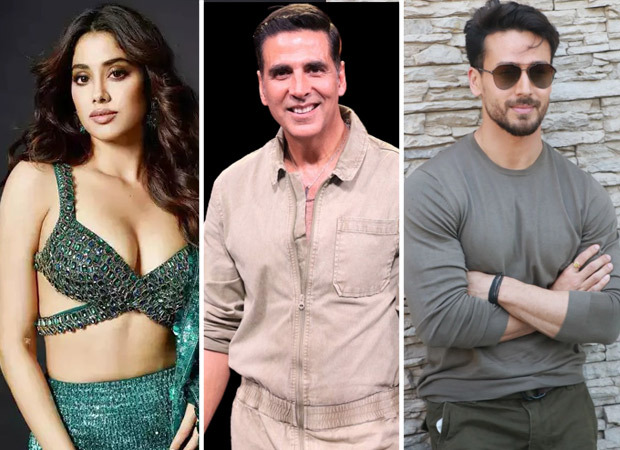 "Janhvi has left the film, but the reason has nothing to do with the money. The creative differences and tweaking to the script resulted in her taking a back seat. Manushi Chhillar and Sonakshi Sinha are now a part of the film, but neither has stepped in to play Janhvi's role," a source told Bollywood Hungama.

Jackky and Vashu Bhagnani are currently on the lookout for an actress to play the character that was initially to be done by Janhvi. "It's a 3 heroine film. While two are locked, Janhvi backing out has now resulted in the casting process beginning all over again," the source told Bollywood Hungama.

The source further told us, "Bade Miyan Chote Miyan initially was a two-heroine film, with Janhvi Kapoor and Kriti Sanon. The dates and finances didn't work out with Kriti, but Janhvi was all charged to do the film. But over the last few months, the script was tweaked a little warranting 3 actresses. The team signed Manushi and Sonakshi, but on discovering that her role will be reduced to a limited presence, Janhvi took a back seat." The hunt for a third female lead is in progress now and will be locked in next 20 days.

While Manushi is paired with Akshay Kumar, Sonakshi's character traits are kept under wraps. The hunt is on for the female lead opposite Tiger. Bade Miyan Chote Miyan is set to release during the Christmas 2023 weekend. It's among the biggest action events next year from Bollywood after the Salman Khan and Katrina Kaif starrer Tiger 3 and Shah Rukh Khan and Deepika Padukone led Pathaan.