Amazon Prime Video, India’s most loved entertainment destination, conducted a highly enriching Masterclass on ‘Creating Cinematic Success and Storytelling of Sardar Udham’ today at the ongoing 52nd edition of the International Film Festival of India (IFFI). The Masterclass offered the attendees a deep dive into the making of the critically acclaimed film and is amongst a series of special events hosted as a part of Amazon Prime Video’s participation at IFFI, Asia’s oldest and India’s most iconic international film festival, this year. 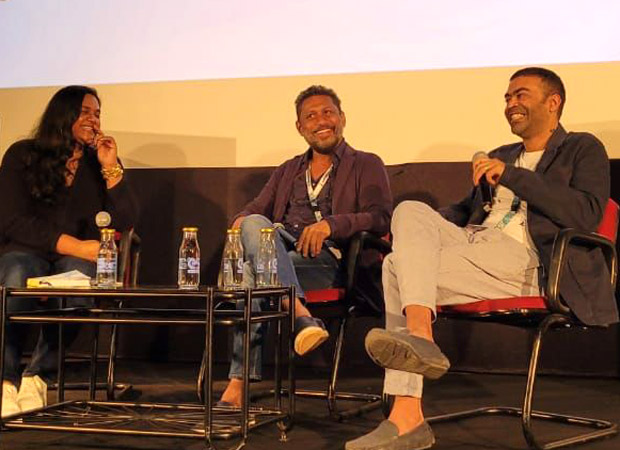 The Masterclass on Sardar Udham brought together National Award recipient, Shoojit Sircar, the Director of the much-appreciated Amazon Original Movie, along with Producer Ronnie Lahiri, well-known for making movies with unconventional storylines. Moderated by Smriti Kiran, the highly informative and interesting interaction on one of this year’s most successful and celebrated movies, Sardar Udham, focussed on the secret formula that turned the story based on the lesser-known revolutionary freedom fighter into a cinematic success. The masterclass answered a multitude of questions on what went into making this period drama, and the extensive research and hard work that went into creating a hard-hitting, powerful narrative that engaged the minds and captured the hearts of the viewers. The dynamic duo spoke about the process of building a character sketch that reflected the indomitable spirit and unflinching courage of this extraordinary hero in India’s independence movement and made viewers worldwide feel connected with him at a personal level.

Talking about what gave birth to a thought-provoking movie like Sardar Udham, Shoojit Sircar shared, “Over the years I have frequented Jallianwalla Bagh very often and interacted with survivors and their families and heard their accounts. This is where the seed of Udham Singh, of recreating the Jallianwala Bagh massacre, to share those real, actual survivor accounts, took root in me. As a filmmaker I wanted the audience to take back “Jallianwala Bagh” as they would then take back the “movement” of that time. We went through a lot of research and survivors’ stories to stay authentic to the story of Udham Singh. Most of the moments which you see in the Jallianwalla Bagh scenes in the film are inspired from actual stories.”

Further adding to Shoojit’s thoughts, Ronnie Lahiri shared, “A solid reference for us was Richard Attenborough’s “Gandhi”, other than the Indian and British archives. We went through a lot of research, reports, and the actual accounts of the tragedy from the survivors and the families of the victims all acted as strong points of reference for us to stay true and authentic to the story.”

The key takeaways and insights from this masterclass on the conceptual frameworks that go into making a successful movie sought to inspire budding creators and talent attending IFFI, as they turn to streaming services with their story ideas and passion projects with the dream of showcasing their work to the world.

Amazon Prime Video’s participation at IFFI is reflective of the increasing popularity, reach, and growth of video streaming services in India and across the world. The year 2021 is being earmarked as metamorphic for the video streaming industry as IFFI for the first time ever, since its inception more than fifty years ago, has invited video streaming services to the festival. In addition to the Masterclasses with the teams of The Family Man and Sardar Udham, Prime Video will also host the exclusive world premiere of Amazon Original Movie Chhorii, in the coming few days at IFFI. Additionally, in order to commemorate the birth centenary of the legendary filmmaker, Satyajit Ray, Prime Video is showcasing some of his iconic films, along with a special documentary on the service, timed with the dates of the festival (20th to 28th November).