Housefull 4 is a multi-period drama where we will see the cast in their present lives which will be the reincarnation of their lives from over 600 years ago. This time, Farhad Samji is taking over the directorial charge after the Housefull 3. But, he was only the writer in the fourth installment until Sajid Khan was accused of sexual harassment during the #MeToo movement. 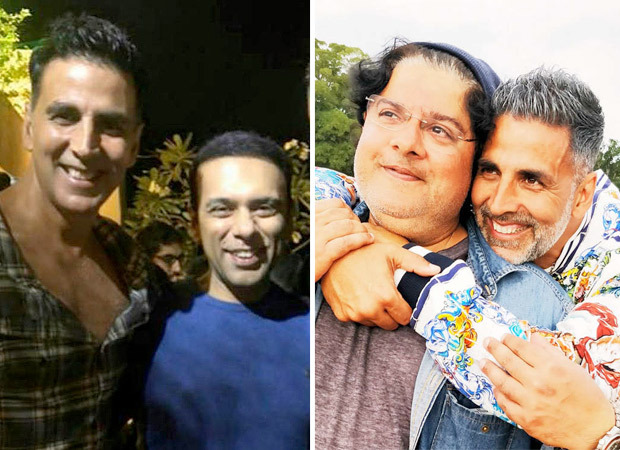 Sajid Khan was soon asked to step down from the project and Farhad Samji was brought on board as the director as almost 50 % of the shoot was remaining especially the period era part. He said that he was attached to the project since it's inception and it is his habit to regularly visit the set as a writer. During the first schedule, he even narrated the scenes to the actors. Since he was there from the beginning, it never felt like a bumpy ride to him when it came to directing. Technically, it was difficult since the important part - the period era - was yet to be shot. He knew the punches and humour were there but to get the look right was important. Sajid Nadiadwala was there throughout for him and they have a camaraderie of mentor and mentee.

Farhad Samji said that he was getting ready for an important schedule of Ranveer Singh - Rohit Shetty's Simmba when he received the call that the decision has been made to remove Sajid Khan and the makers have asked him to come and direct the film. He spoke to Rohit Shetty about it and then went ahead with it. Farhad said that he had very little time to prepare. They started with the shoot in Mumbai with the period era and also shot some present-day portions including a song. He said that he has filmed over 50 percent of the film.

Even Nana Patekar was replaced with Rana Daggubati since the veteran actor was once again in headlines over Tanushree Dutta harassment. But did Farhad Samji had to change the character? He said that they don't change characters for the actors. He is a threat in the film and had given Baahubali touch to the character. They also have Nawazuddin Siddiqui which has taken the film to another level.

This is the third time Farhad Samji has directed Akshay Kumar. He said that the actor has given him and his brother Sajid Samji the chance to become directors. So it was imperative to live up to the expectations. He further said that Akshay Kumar is one of the most hardworking actors who wakes up at 5 am for this role and even before coming on the set, he knows the tone of the scene. He said that the actor may be doing a thousand things a day but is keen on listening to the script again and again and digesting the scenes and characters.

Farhad Samji has also written Sooryavanshi which is being helmed by Rohit Shetty and stars Akshay Kumar. It is mounted on a big scale, said the director. He has worked with both of them separately but coming together feels like a dhamaka. Farhad is also directing Akshay in Bachchan Pandey. It is an out and out comedy entertainer. They have a tentative cast and working on the script. The film will go on floor next year.