Akshay Kumar, Suniel Shetty and Paresh Rawal’s superhit franchise Hera Pheri’s third part will go on floors by the end of this year and looks like the makers have everything in place now, right from the script to the actors’ dates! The much delayed film will have its original cast and makers Feroze Nadiadwala and Indra Kumar have confirmed the same. We had exclusively reported that the film was postponed last year because of the insufficient funds. At that time, Akshay Kumar had NOT come on board but things changed after the makers convinced him to re-join them for a third part in this franchise. 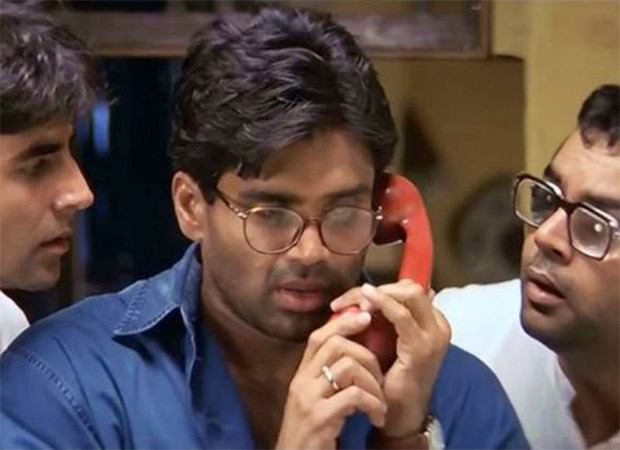 Furthermore, Indra Kumar told media that the success of Total Dhamaal has led him to use a lot more VFX in Hera Pheri 3 too! He said that now he is addicted to it and the special effects will be the major highlight of the film. He also said that since he was cut off from the project for a bit because of Total Dhamaal, now he returns to the film full flegedly.

Akshay Kumar is currently busy promoting Karan Johar’s Kesari and shooting with Kareena Kapoor Khan for Good News under the same production house. Akshay is reuniting with Kareena after many years and hence, there is a lot of talk about this slice of life film. He also has Housefull 4 in his kitty.