Vishal Bhardwaj is also a renowned music composer and often creates music for his own films including some blockbuster ones like Omkara and Haider. Besides that he has also turned composer for a few other films which hasn’t been directed by him. After composing music for the Malayalam film Daya way back in 1998, he recently returned to the Mollywood industry for the same with Carbon [2018]. Moreover, recent reports have it that he has even won an award for the same. 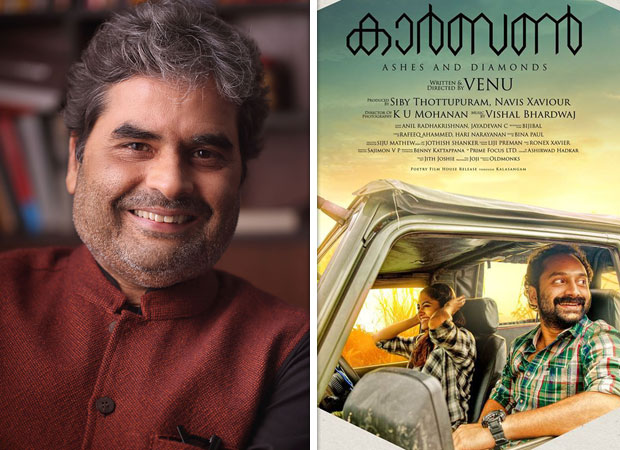 Vishal Bhardwaj walked away with the Kerala State Awards 2018 for composing tracks for the film Carbon. This comes as a unique achievement to the filmmaker who has now become the first Hindi music composer to have won an award in the Malayalam industry.

Coming to Carbon, the Fahadh Faasil, Mamta Mohandas starrer is expected to be an adventure thriller about Sibi’s relentless search for treasure. The film features three songs in its album list with the scores for the same originally composed by Vishal Bhardwaj. In fact, one of the songs, ‘Doore Doore’ is sung by Vishal Bhardwaj’s wife Rekha Bhardwaj.

Directed by Venu, Carbon hit the big screens a year ago, on January 19, 2018 with the film getting good critical acclaim. Besides Vishal, the film also received Kerala State Awards in other categories. All in all the film received awards in five categories which include Best Cinematographer which was given to K.U. Mohanan, Best Sound Recordist which was given to Anil Radhakrishnan, Best Sound Design that was presented to Jayadevan Chakkadath and Best Sound Mixing which was presented to Sinoy Joseph.

Also Read: Vishal Bhardwaj to direct a Netflix series based on the cult novel Midnight’s Children by Salman Rushdie