John Abraham is soaring high as his film Parmanu – The Story of Pokhran is resonating with the audience and has crossed the Rs. 50 crore mark at the box office. Now, moving onto his next project, John Abraham has already completed Satyameva Jayate which is set for Independence Day release. He has also begun working on Romeo Akbar Walter. Interestingly, the Independence Day won't be just one film release day. Akshay Kumar is also starring a biopic titled Gold which will clash with John's next film. 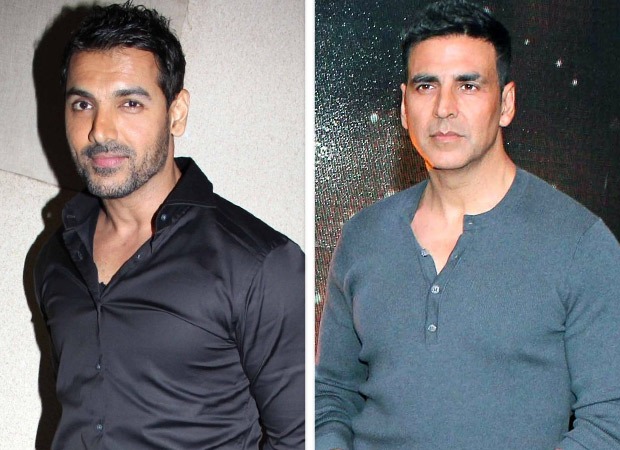 Akshay Kumar and John Abraham have worked in several films together including Desi Boyz, Housefull 2 and Garam Masala. Over the years, they have maintained a pretty strong bond. Speaking at the success party of Parmanu - The Story Of Pokhran, he was asked how he feels about the box office clash with his friend Akshay. "Akshay is an actor in Gold and I am an actor in Satyameva Jayate. That's a producer's decision. It is about Excel Entertainment and T-Series, so I have no say in that at all. As far as competing with Akshay is concerned, I want to make it clear that he is my senior in the industry. I love him and I have always wished the best for him and I am sure he will also want the best for me," John said.

As Parmanu is doing well and has resonated with the audience,   John Abraham and director Abhishek Sharma were asked if they are expecting a National Award. John said, "We hope we make it to the National Awards. I think it will be well deserved on the part of our director, Abhishek Sharma. It's a good, commercial, entertaining and content-driven film but it's too early to talk about our chances of winning a National Award. We are not over-confident people. We think we will deserve whatever the jury will decide for our film but at the same time I think people loved the film and that is important for us."

Speaking about starring in over 45 films and completing 15 years in the film industry and how things have changed in the years, John Abraham said, "See it's cyclical. If your one film does good, then people laud you for it and you get a bouquet of flowers for it and if your film doesn't do well, then you also get brickbats for it. So I think I have become an old horse in this industry. Now I understand what works for the film and what runs in the mind of people."

John Abraham is starring in Satyameva Jayate which stars Manoj Bajpayee and is helmed by Milap Zaveri. Akshay Kumar starrer Gold is a biopic on Indian Hockey Team winning a gold medal at Olympics post Independence. Both the films are scheduled to release on August 15, 2018.