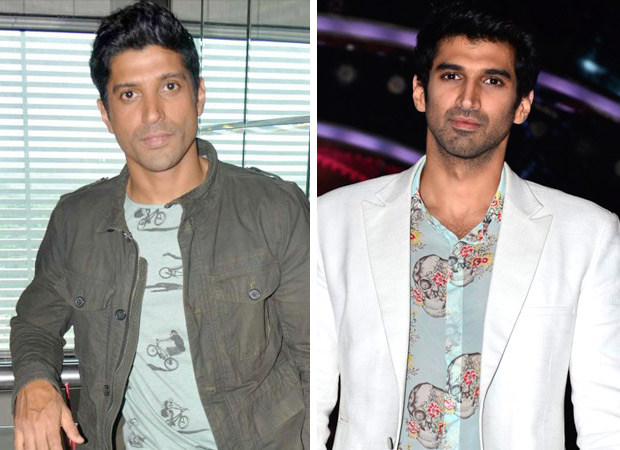 There was a lot written about Farhan Akhtar and Aditya Roy Kapur’s alleged cold war between the two owing to their friendship with Shraddha Kapoor. However, denying this buzz of a friction, fresh reports have now emerged stating that the two actors are coming together for a film to be directed by Mohit Suri.

Let us remind you that few months ago we had reported that Farhan Akhtar will be seen in the role of a boxer in Mohit Suri’s next. After the actor was roped in, the makers were on a hunt for a younger actor to play the parallel lead along with Farhan and zeroed down on Aditya Roy Kapur recently. It is being said that the actor immediately gave a nod after listening to the script and that he was more than happy to collaborate with his Aashiqui 2 filmmaker. Apparently, the duo is looking forward to recreate the streak of success they achieved with Aashiqui 2.

On the other hand, talking about the story, we hear that Farhan Akhtar and Aditya Roy Kapur have two separate tracks in the film wherein the two stories will come together eventually. Besides this, we had previously mentioned that the film will have an emotional connect wherein it will explore the father-son bond with Farhan Akhtar playing the role of the father.

In fact, the two actors have apparently even started to prep for the film soon wherein Farhan will be building his body to essay the role of a boxer. But since Aditya Roy Kapur too is said to have bare body shots, he too will be working out in the gym regularly.

Initially there were also rumours that Mohit Suri has approached his favourite girl, Shraddha Kapoor to play the leading lady in the film but the actress recently denied these reports asserting that Mohit hasn’t approached or spoken to her about any film.