Actor Fardeen Khan who has been away from the screen for a really long time made headlines last year when he was spotted outside casting director Mukesh Chhabra's office in Mumbai. It had been reported that he will be making his comeback with Sanjay Gupta's thriller Visfot co-starring Riteish Deshmukh. According to the latest reports, Gupta has finalised the whole cast and crew and is gearing up to take the film on floors mid-next month in Mumbai. 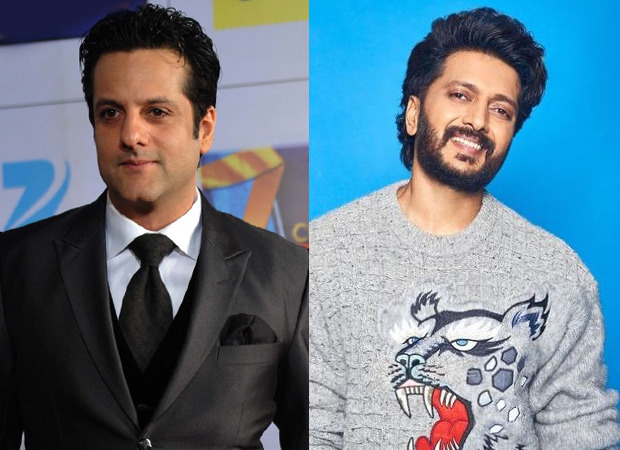 Reportedly, filmmaker Kookie Gulati will be directing the film. He had earlier directed Abhishek Bachchan starrer The Big Bull. Visfot plays on Mumbai's stark contrast between the chawls of Dongri and the high-rises. Bhushan Kumar's T-Series along with Gupta's White Features Films will be producing the film. It is said that the two production houses have collaborated on three projects which also include a film based on the life of a famous drug dealer.

Sanjay Gupta's Visfot has been in the making for the past three years and has undergone several changes in the directorial position. The film was initially supposed to be directed by Atul Sabharwal. However, things did not work out with Sabharwal and Nadeem Shah was brought on board. However, he too dropped out of the film for reasons unknown. Later when Fardeen Khan came on board Samit Kakkad was roped in as the director. However, Kakkad is no longer associated with the project and has been replaced by Kookie Gulati who is believed to have been brought on board after T-Series came into the picture. Gulati is currently directing a thriller starring R Madhavan and Khushali Kumar for T-Series.

Reportedly, Khan will be seen playing the role of a taxi driver and an ex-drug dealer while Deshmukh will play a commercial airline pilot. The film is said to revolve around the events that follow after Khan's character accidentally kidnaps Deshmukh's son. The film is said to be the remake of the Academy Award-nominated Venezuelan film, Rock, Paper, Scissors.