Telugu superstar Chiranjeevi will soon be portraying the titular role in his upcoming film Sye Raa Narasimha Reddy. The magnum opus also features Amitabh Bachchan in a small yet pivotal role. Recently, superstars Chiranjeevi and Amitabh Bachchan got together in a conversation with Farhan Akhtar who is presenting the film in Hindi. 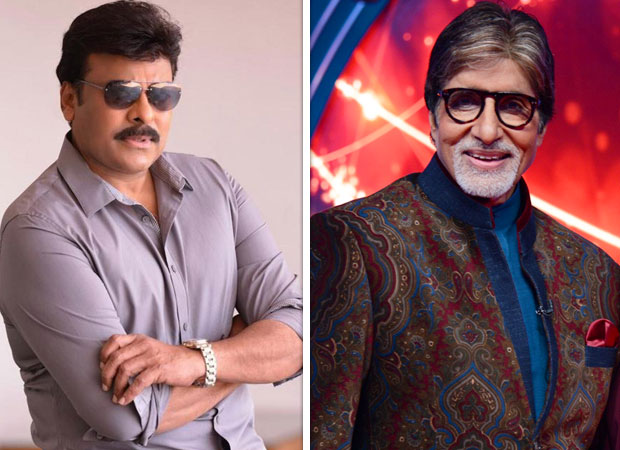 Chiranjeevi delayed Sye Raa Narasimha Reddy by a decade for political career; says Amitabh Bachchan had advised him not to join politics

Amitabh Bachchan and Chiranjeevi have been friends for a long time and they often talk to each other. During their conversation, Amitabh Bachchan revealed how they often talk, but Chiranjeevi never takes his advice. “Chiranjeevi told me that he needed to join politics. I told him ‘Sir please do not make that mistake. I have told Rajini the same thing. But he (Chiranjeevi) never listens. Anyhow he went in. His brother (Pawan Kalyan) joined politics. I told him also to not go in. But Pawan is so passionate about politics that it is unbelievable.”

Chiranjeevi revealed that it was his wish since years to portray the character of a freedom fighter. He said that he aspired to play Bhagat Singh. However, he changed his mind when the Paruchuri Brothers (writers of Sye Raa) narrated the story of Narasimha Reddy to him nearly 12 years ago. However, Chiranjeevi’s passion project had to take a backseat as the actor joined politics and did not make any film for nine years. The actor said that he regrets not having taken Amitabh Bachchan’s advice.

Sye Raa Narasimha Reddy is a period drama based on the life of freedom fighter Uyyalawada Narasimha Reddy who fought in what is known to be the first war of Independence against the British Rule in India. The movie features an ensemble cast of  Amitabh Bachchan,  Chiranjeevi, Kichcha Sudeep, Vijay Sethupathi, Jagapathi Babu, Ravi Kishan, Nayanthara, Tamannaah and Niharika which makes the movie unmissable.

Also Read: Chiranjeevi to star in the Telugu remake of the Malayalam film Lucifer