We had reported earlier that Akshay Kumar is all set to explore horror comedy with the remake of the film Kanchana aka Muni remake. The makers are keen on having a perfect blend of the two instalments of the South series and now we hear that they are in the process of finalizing the star cast. The latest update on that front is that Kiara Advani and R Madhavan have come on board for the film. 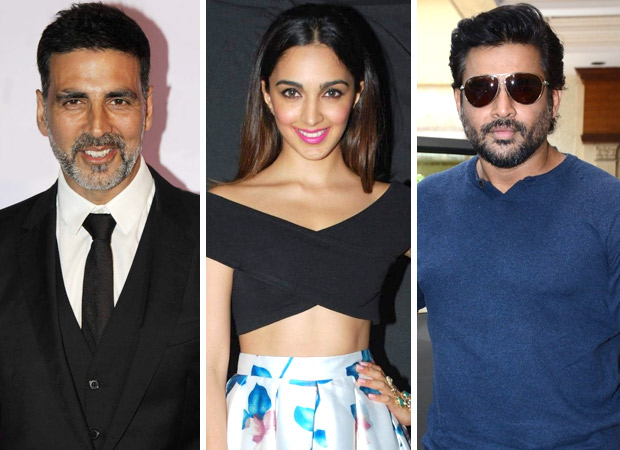 Interestingly, both, Kiara Advani and R Madhavan have done projects down South. While the Lust Stories actress started her cinematic journey in South recently, the latter has been a renowned face in the industry and Bollywood. A source close to the film confirmed the details saying, “The makers were keen on casting Kiara Advani opposite Akshay Kumar. The actress has already liked the script and is on board. Madhavan too has given his nod for the horror comedy.” It will be interesting to see Madhavan in a Bollywood venture after a long time.

It is yet to be seen which roles the two actors will be playing in the horror comedy Kanchana aka Muni remake. Earlier reports suggested that Akshay Kumar might essay the character of the ghost itself but there has been no official announcement on the same.

While the original series of horror comedies were directed by Raghava Lawrence, it is yet to be seen who will be directing the Hindi remake. The source also added, “The makers are yet to arrive on a decision on who will be the director of the film. While they have some filmmakers in mind who can handle the project, they are only in talks as of now. They are yet to finalize on the same.”

If reports are to be believed, the shooting of the film is expected to commence from next month onwards. The film is supposed to hit the big screens somewhere in 2020.

Also Read: Akshay Kumar comes on board for a horror-comedy inspired by Raghava Lawrence’s Kanchana and Muni