It's raining offers for golden boy of the year, Kartik Aaryan. After beginning the year with sleeper hit Sonu Ke Titu Ki Sweety, he has already completed Dinesh Vijan's next production, Luka Chuppi. Now, Kartik Aaryan has given his nod to Anees Bazmee's next which is a romantic comedy which will be produced by T-Series. We were the first to bring you this news few months back. This will be Kartik's second collaboration with Bhushan Kumar. 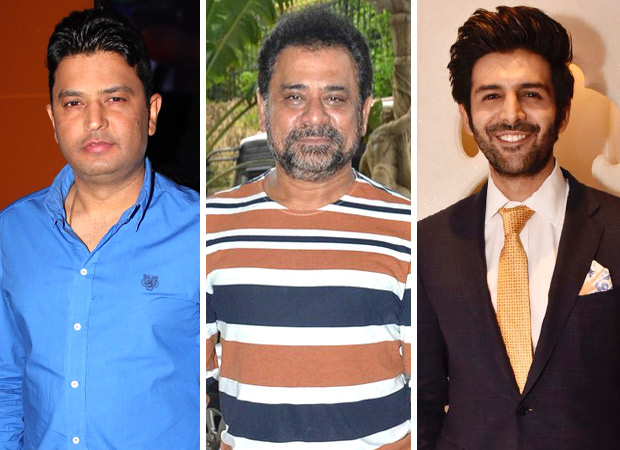 The hunt for the leading lady is currently on as the makers are looking for a fresh pairing in the film. They want someone who hasn't been paired with Kartik Aaryan before. Anees Bazmee has been working on the script for a while and will have his trademark style. Kartik will essay the role of a college student and loved the script. The film will go on floor by mid next year in Mumbai before moving abroad for further shoots. The recce for the film will begin early next year.

Meanwhile, Kartik Aaryan will be soon beginning work on Kirik Party remake with Jacqueline Fernandez. Anees Bazmee, on the other hand, is once again helming a rollercoaster comedy with Pagalpanti. Anil Kapoor, John Abraham, Ileana D’Cruz are leading the film. It will be produced by Bhushan Kumar, Kumar Mangat and Abhishek Pathak.