It's going to be a battle of the biggest stars in India at the box office in 2020. In fact, come Christmas 2020, the release line up looks pretty interesting with three films featuring superstars Akshay Kumar, Ajay Devgn - Ranbir Kapoor and Aamir Khan set to hit screens. It was announced on July 26 that Akshay and Sajid Nadiadwala will be coming together for yet another interesting film, Bachchan Pandey. After today’s announcement, we can say that Akshay has three releases in 2020 including Sooryavanshi and Laxmmi Bomb. 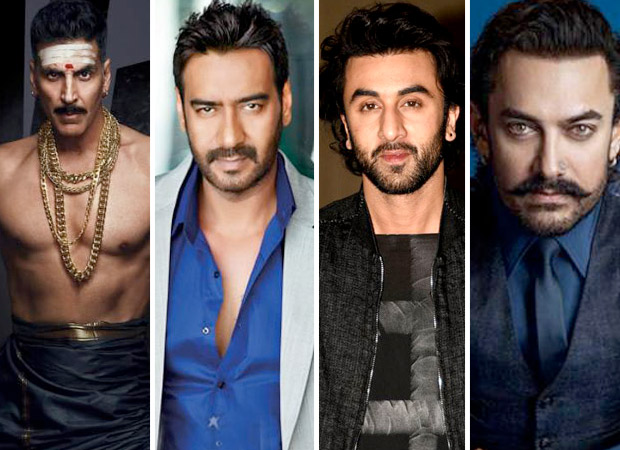 Well, Christmas 2020 won't have solo release as Aamir Khan had already announced the release of his next, Lal Singh Chaddha. The film was announced on his birthday and it is an Indian adaptation of Tom Hanks starrer Forrest Gump which will reportedly talk about an important political event from the Indian history.

Besides Aamir Khan, Raajneeti stars Ajay Devgn and Ranbir Kapoor will be reuniting in Luv Ranjan's untitled which is reportedly set for Christmas 2020 as well. The film will star Deepika Padukone and Nushrat Bharucha and the makers plan to go on the floor later this year.

With three releases scheduled for 2020 year-end, who are you rooting for?