Salman Khan starrer Dabangg 3 went on floors on April 1, 2019. While the fans are excited to see reprise the role of the quirky cop Chulbul Pandey, we got to know an interesting detail about Dabangg. Joe Russo, one of the directors of Hollywood's highly anticipated Marvel movie Avengers: Endgame, revealed that he has watched Dabangg and certainly knows Salman Khan. 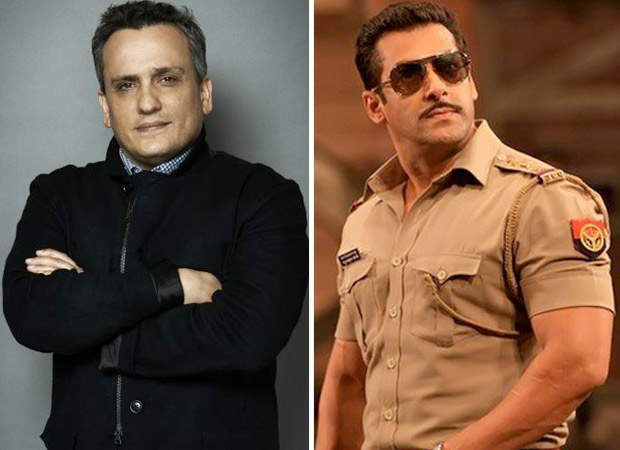 Joe Russo is currently in India for his two day trip kickstarting the grand promotions. During a conversation, the filmmaker said that as an action director, watching Indian films like Dabangg was interesting. "I'm an action director so I saw Dabangg many years ago and then Dabangg 2. I thought the camera work was great in these films. The tone and the energy is also great. So, I certainly know Salman Khan," he added.

Avengers: Endgame will bring the ultimate, deadliest showdown of all time to the big screen on April 26, 2019.

Meanwhile, Salman Khan starrer Dabangg 3 will be releasing in December 2019.