The death of late actor Sushant Singh Rajput, who passed away in June, is currently under investigation. The actor's untimely passing has raised questions. CBI, ED, and even NCB are currently investigating several angles. After months of multiple allegations levelled against her, Sushant’s girlfriend Rhea Chakraborty spoke about all the accusations. 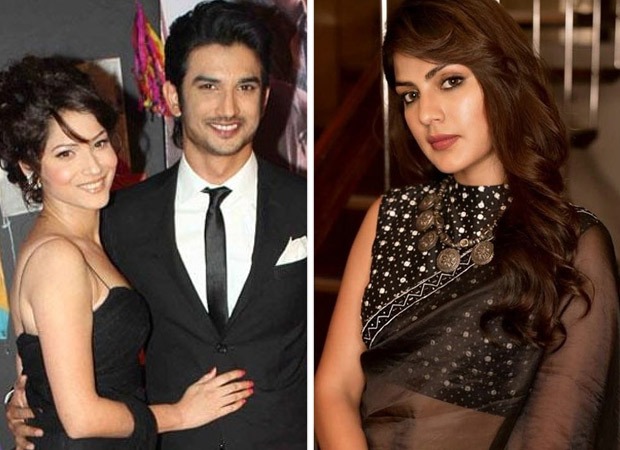 In the past couple of months, Ankita Lokhande, former girlfriend of Sushant and co-actor on TV show Pavitra Rishta, had claimed that the actor had changed after meeting Rhea Chakraborty.  Responding to Ankita, Rhea told India Today (Aaj Tak) during an interview with Rajdeep Sardesai that, “When was the last time she met Sushant Singh Rajput? When was the last time she spoke to him? I feel it was 4 years ago. You can check the call records and I am quite certain that they did not have any conversation. Then she goes on to say that he called her during Manikarnika shoot. But also says they hadn’t spoken in 4 years. What is it that she is trying to say I am not able to understand? She stays in his flat, and claims it's her flat and shows documents saying I have paid this much amount for it. If I were controlling Sushant’s finances as everyone is saying, I would have stopped this then and there.”

In a social media statement, Ankita debunked  Rhea’s claims that Sushant was depressed in 2013. “1st of all from beginning till the end me and Sushant were together about 23rd February 2016. He never had any conditions of depression and had visited any psychiatrist. He was totally fine,” she wrote.

She further wrote, “Neither in any platform, I have ever said that me and Sushant were in touch with each other after our separation. Face is what I have said while shooting for Manikarnika, Sushant has commented on one of my posters on a friend’s Insta post, Mukesh Chabra, he just wished me luck for the project and in a courteous way I replied. So I deny Rhea’s claim that I have said we spoke on the phone. In fact what I spoke about in the interviews till now, the time Sushant and me were together, he was never in any kind of depression. We saw dreams together for his success and I prayed and he succeeded. This is all I have said. I clearly mentioned if any of the questions were being asked to me about Rhea. My replies were honest that I really don’t know her and about their relationship as I was hardly bothered. I only got bothered when someone lost his life and if I was questioned about the time when we were together I will speak honestly and reveal the truth.”

“About the flat, I have already cleared and family has no different opinion opposite mine. So I still sticking on grounds of truth and accept that I have been standing on the family’s side, not Rhea. In the family’s knowledge and understanding she is the one who persuaded him towards his end. And they have chats and proof which can’t be denied and overlooked too. So I heard the family’s side, stood by it, stick by it till the end,” she said.

Sushant Singh Rajput passed away on June 14 after he was found hanging at his Bandra apartment. The Central Bureau Of Investigation (CBI), on August 6, registered an FIR against six people including Rhea Chakraborty, Rhea's brother Showik Chakraborty, father Indrajit Chakraborty, mother Sandhya Chakraborty, house manager Samuel Miranda, and Shruti Modi. The charges leveled against the six of them are abetment to suicide, criminal conspiracy, theft, cheating, intimidation, wrongful restraint, or confinement, among others.

ALSO READ: “Sushant told me to leave before the therapy”, says Rhea Chakraborty