Last Updated 21.01.2022 | 8:00 AM IST
feedback language
follow us on
Bollywood Hungama » News » Bollywood News » WHAT? Animation film on Hanuman with Salman Khan’s voice ordered many cuts, given ‘UA’ by censor 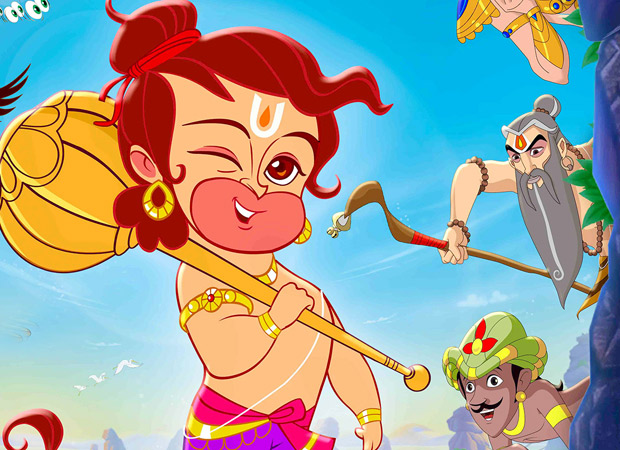 In what must rank as a first even by the Indian censor board’s fussy standards Ruchi Narain’s Hanuman Da Damdaar a cheeky revisionist take on the legend of Hanuman, has been granted a ‘UA’ certificate with several verbal cuts. There is no history in Indian cinema of any animation film or mythological drama being ordered cuts by the censor board.

Narain’s Hanuman Da Damdaar which has Salman Khan giving voice to Hanuman, is caught in a peculiar situation. So what gives, Mr Pahlaj Nihalani?

Says the censor chief, “Normally animation films and that too one about a mythological theme would be passed without a hitch. But this film has lots of dialogue featuring children which may offend religious sentiments.”

What the censor chief sees as offensive is nothing but an attempt to make the mythological figure of Hanuman accessible to younger audiences. Reasons Nihalani, “That may be so. But the trendy language applied to religious mythological characters need not be taken in the right spirit by everyone. We have to be very careful about religious content in cinema. Yes, we’ve cut quite a few of the dialogues. But better safe than sorry.”

As for Hanuman Da Damdaar being the first Indian animation film to get a ‘UA’ Nihalani reasons, “Children can come and watch the film with their parents. Problem kya hai?”