During Bharat promotions, one thing that has grabbed everyone’s attention is the conversation that Salman Khan has about Priyanka Chopra in each interview. By now, readers are well aware that Priyanka was initially roped in as the leading lady but the actress quit owing to her impending wedding with Nick Jonas, after which Katrina Kaif came on board. While in some interviews we see Salman taking a jibe at Priyanka's exit, director of Bharat, Ali Abbas Zafar dismisses it by calling it all in good humour. 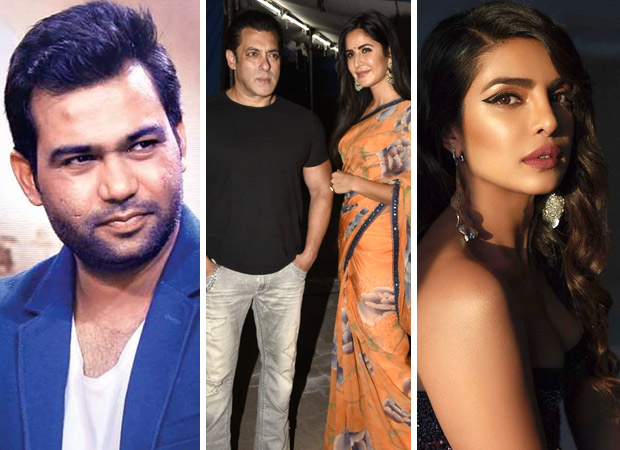 We all know that an outrage of sorts fueled up recently when Salman Khan said that actresses can leave their husbands for a role such as the one in Bharat but Priyanka left Bharat for Nick. Many called some of these comments as misogynistic and sexist. Ali Abbas Zafar defended Salman Khan for his comments stating that everyone who knows the superstar is aware of his sense of humour. In fact, Ali also revealed that he has faced these tongue-in-cheek jokes of Salman everyday on the sets.

A day ago, we had mentioned that Katrina Kaif too came in support of Salman Khan wherein she asked everyone to refrain from taking these comments seriously, adding that Salman often says these things only for effect.

On the other hand, Priyanka Chopra has not giving any reaction. The actress is currently in the U.S. fulfilling her work commitments and spending time with Nick Jonas and the Jonas family.

Coming to Bharat, the film is a remake of the Korean drama Ode To My Father. Produced by Atul Agnihotri and Bhushan Kumar, the film also stars Sunil Grover, Jackie Shroff amongst others and it is slated to release on June 5 during Eid.