Well, we are all aware of the immense fan following of superstar Aamir Khan in China. You don’t have to believe us! But the past record of the actor’s films’ success is proof enough for this. Now, breaking yet another record, Aamir Khan’s last production Secret Superstar has made it big at their box office. Thrilled by the success, the actor is all set to organize a party to celebrate the moment. 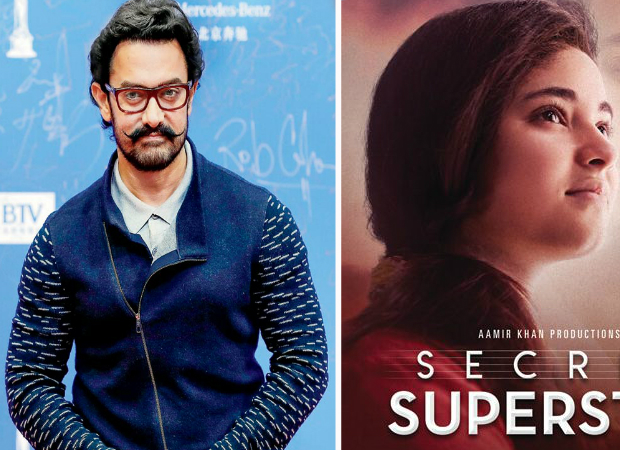 Aamir Khan is set to have an intimate celebration along with the entire cast and crew of Secret Superstar on February 21. The party is to mark the humongous success of Secret Superstar. The film has earned almost Rs. 750 crore at the China box office. Considering the bumper victory, we hear that the actor's team has been demanding a success party for it. So, the actor decided to abide by their wish.

Interestingly, Secret Superstar is the fourth film of Aamir Khan that released in China. Prior to this, 3 Idiots, P.K. and Dangal too has released in their markets. While the trio received great response at the Chinese market, Secret Superstar’s success is surely record breaking.

On the other hand, unfortunately, Secret Superstar didn’t see a similar fate at the Indian box office. The film hit the theatres during the Diwali season. But it failed to match up to the collections made by Aamir Khan’s other films.

Furthermore, it is being said that Aamir is taking out time from his other work commitments specifically for the bash. Readers may be aware that the actor is currently busy shooting for Thugs of Hindostan. The film features him alongside Katrina Kaif, Fatima Sana Shaikh and Amitabh Bachchan.

As for Secret Superstar, it starred Zaira Wasim in a lead role along with Meher Vij and Raj Arjun. The film also featured producer Aamir Khan in an interesting special appearance as musician Shakti Kumar.