The Aditya Pancholi – Kangana Ranaut controversy fuelled up further when the former filed a complaint against the Queen actress for harassment! It started with Kangana accusing Aditya of rape and assault. Followed by these allegations, Aditya's wife Zarina Wahab has come out in defence of her husband and has lashed out at Kangana Ranaut! She has also clarified on the earlier statements made by Kangana about approaching her for help. 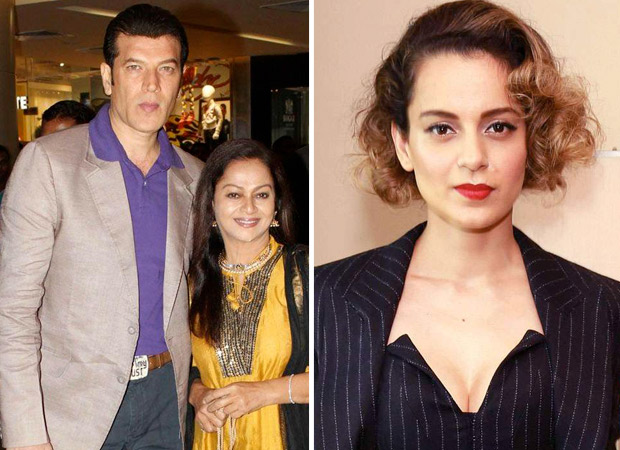 Zarina Wahab defends husband Aditya Pancholi; accepts that he was in a RELATIONSHIP with Kangana Ranaut (Read details inside)

In recent reports, Zarina Wahab spoke about the allegations made by Kangana Ranaut on Zarina's husband Aditya Pancholi. Addressing the issue, Zarina said to media that one can’t be in a relationship with a man and then later accuse him of rape and assault just because that person has moved on. Zarina further added that she has known Aditya more than anyone else and that he hasn’t hid anything from her. Readers would be aware that Aditya was already married to Zarina when he was dating Kangana Ranaut.

Zarina Wahab further asserted that she was always aware of their relationship. Elaborating on the same, Zarina stated that she knew that Aditya and Kangana were in a relationship for four and half years. She also reinstated that her husband has never done anything wrong with Kangana.

Also Zarina made a reference to one of the earlier reports wherein it was being said that the actress had mentioned that she met Zarina and asked for help and that Aditya’s wife had then told her that she is like her daughter. Referring to that, Zarina firmly affirmed that she would never address Kangana as someone like her daughter because she was dating her husband.

After accusations and counter accusations in the case, it was earlier being said that the police hasn't received statements of Kangana Ranaut and her sister Rangoli Chandel on the case, a report firmly denied by Rangoli.

Also Read: Aditya Pancholi files another complaint against Kangana Ranaut and it is just a reminder!