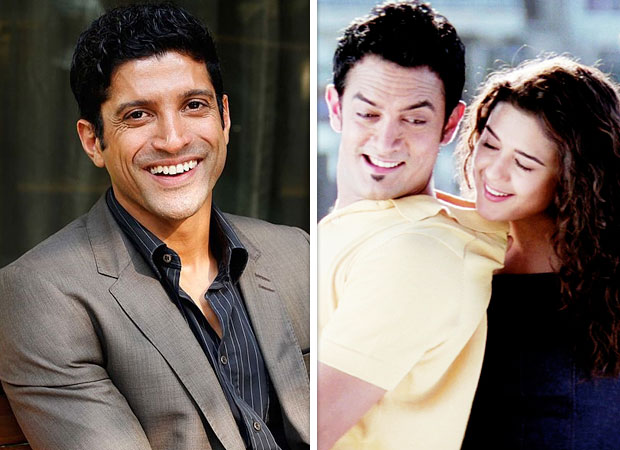 It’s a common knowledge that today marks the tenth anniversary of Shah Rukh Khan-starrer Chak De India. What many however don’t remember is today also marks the sixteenth anniversary of another cult film, Dil Chahta Hai. It marked the directorial debut of Farhan Akhtar and it changed the tide for Hindi cinema. It paved the way for urban, slice-of-life films and characters that were straight out of life. The film starred Aamir Khan, Saif Ali Khan, Akshaye Khanna, Preity Zinta, Dimple Kapadia and Sonali Kulkarni in leading roles and they all were loved for their portrayal.

On this special occasion, Farhan Akhtar posted a lovely tweet that has been lapped up by Dil Chahta Hai fans. He wrote, “#DilChahtaHai turns a sweet 16 today. Thankful for the love you continue to show it. Ya toh aapka lagav gehra hai, ya film 3D thi..big hug.” For those who couldn’t understand the last sentence, it was a modified version of a famous Dil Chahta Hai dialogue, that is, “Ya toh yeh dosti gehri hai ya yeh photo 3D hai.” It was mouthed by Sameer (played by Saif Ali Khan) when he’s nervously showing the picture of him, Akash (Aamir Khan) and Sid (Akshaye Khanna) to Pooja (Sonali Kulkarni), a girl he likes. The dialogue was loved and became iconic. It was witty of Farhan Akhtar to tweet in reference to this dialogue and leave a mark.

On the film front, Farhan Akhtar is gearing up for the release of his film Lucknow Central, co-starring Diana Penty, Ravi Kishan, Gippy Grewal and Ronit Roy. It is directed by newbie Ranjit Tiwari and releases on September 15.